CIOs, CPOs and CFOs: We Need to Talk

Kendra Von Esh, a former CIO at Veolia, has been a trusted advisor and CIO for the past decade developing value added strategies and solutions transforming businesses with technology. Von Esh joined Coupa last year to leverage her executive experience and active involvement in CIO communities and industry boards to create inspiring dialogue and change strategies cross-functionally. 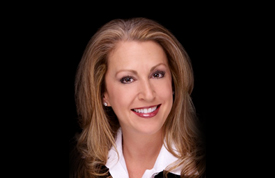 Earlier today, Coupa announced the formation of an Executive Advisory Board. The initial board, which I’m leading, is made up of 12 Coupa customers--four CPOs. four CFOs, and four CIOs; two procurement consultants, and Donna Wilczek, vice president of strategy and product marketing at Coupa.

Why did we form this board? When I joined Coupa just after Inspire ’15, my initial role was very IT centric —acting as a CIO resource for the Coupa sales team, and creating an advisory board of customer CIOs to promote best practices for buying, implementing and getting business value from Coupa.

Soon though, I found myself bridging with all types of executives, especially CFOs and CPOs. That squared with my own experience implementing Coupa as CIO of Veolia North America, and I quickly realized this advisory board needed to expand beyond IT. There is no way you can implement Coupa, or really any enterprise software these days, without cross-functional collaboration.

But, when I would go out and talk to procurement and finance audiences, it was clear that a vast majority weren’t talking to IT, or sometimes even to each other. And when I would talk to IT audiences, they would share that the business was choosing solutions without consulting them.

We Need to Talk

Really, these people all need to talk. In spend management, it’s critical to have CPOs, CFOs and CIOs working together to get value out of their technology investments. There might be more people who need to be involved such as legal, compliance, security, and HR. But these are the big three.

You need everyone to collaborate from the start; otherwise you’re going to waste a lot of time and create animosity that you’re going to have to overcome later. Everyone wants to be a part of a project from the beginning – especially if it impacts their area of responsibility. If I’ve heard it once, I’ve heard it a million times from both IT and the business: “Bring us in early.”  So, why don’t we do it?

There are many reasons. Internal politics, company culture, broken relationships, fear, or just poor communication skills and lack of clarity. I consider myself pretty politically savvy and I, too, have gotten into situations where I brought my internal customers into the process too late and had to do a lot of rework to bring them up to speed.

The irony is that these days, it’s usually the CIO that’s left out of software buying decisions until the 11th hour.

Back in the day, there was no question that the CIO needed to be involved in any software purchase. The way it used to work was, the business would do some requirements gathering. Then they'd get with IT and together they would do the research and vet solutions, each bringing their own skills and knowledge.

The cloud is changing the role of IT, and it has disrupted that partnership in the process. Many vendors sell directly to the business now, and they tout the fact that the business can own and operate the software with minimal help from IT.

That’s not the same as “no help” from IT, but it’s a very appealing idea, especially if the relationship with IT was strained to begin with. But once the business gets into it they realize, "Oh yeah, we have to integrate and share data. And there might be some support and training and vendor management we need help with.” If you haven’t already started these discussions with IT, you now have to back up the train and get them on board.

The reality is that even though the cloud takes a lot off of IT’s plate, the CIO is still responsible for data management, security, and the company’s overall application strategy. Integration is usually the long pole in any implementation, and there are IT resource considerations that go along with that.

There’s no way even a cloud enterprise software decision can be made and funding can be approved without IT giving its blessing. That shouldn't be rocket science, but because of the cloud and SaaS, a lot of people now think that they can do it on their own.

No one can do it on their own, and nobody--the business or IT--wants to be brought in at the end and presented with a decision that’s pretty much already been made.

As CFOs move deeper into technology, data analytics and cloud solutions, they need to be driving digital strategy. Profitability is the name of the game and a major part of that equation is managing and optimizing spend. Now more than ever, CFOs, CIOs and CPOs need to work together to elevate spend management as a business imperative.

Our advisory board members are people who have done that. They have built those bridges with their colleagues to drive business and cultural transformation. They will share their experiences, help develop best practices, influence peers and strategize about how to collaborate more effectively to continue to realize value by managing their organization’s spend with Coupa.

We’re excited to have them on board and we look forward to sharing their insights with you over the coming year.