Liz is on the Customer Marketing team at Coupa and helped start Empower in 2018. She is now the marketing and communications lead for the program. Her passion for workplace equality started in 2014 when she founded Marketo’s first women’s initiative, Momentum, which is still thriving today.

As a woman and a mom of a 19-month-old daughter, I am very passionate about workplace diversity and equality. Throughout my career I have made it a personal goal to get involved in women’s initiatives wherever I am, and it just so happened that upon joining Coupa in early 2018, the Empower program was just beginning to form.

I partnered with Sally Stephens (our fearless and fiery leader) and a few others to create a community of impassioned women (and men) who support one another, and help each other be successful for the greater good, as well as for our own individual well-being. Since then, we’ve made great strides in hosting events that promote openness, listening, learning, and understanding so that #allofus (our term for the entire Coupa Village) at Coupa can benefit.

March was a big month for Empower. We celebrated International Women’s Day (IWD) 2019; a national holiday that takes place on March 8th, by dedicating the entire month to activities focused on educating and fostering an open dialogue among #allofus about women in the workplace and gender diversity. The impact was tremendous, reaching hundreds of men and women at Coupa around the globe, and I’m excited to share some of the (many) highlights and thoughts below.

I believe Empower has and will continue to make a big impact. In just 15 months the program has grown to a global initiative. I’m excited to see more and more people join our conversation!

Now, for the exciting events that took place in March. Coupa Empower hosted 20 live events across 10 offices with over 760 attendees (remote and in-person), including Pune, Hyderabad, Dublin, Boca, Reno, Cincinnati, Pittsburgh, Basel, New Jersey, and our headquarters in San Mateo.

A number of these events focused on fostering discussion around the "What Works for Women at Work" video series by University of California professor Joan C. Williams. In this video series, Williams discusses the four patterns of gender bias that shape today's workplaces and describes proven strategies successful women use to navigate subtle bias, such as the bias against working moms; the maternal wall.

These videos sparked thoughtful discussions about how #allofus at Coupa can break these barriers and lift one another up, instead of giving into stereotypes and pushing others down to try to get to where we want to go.

For me, prior to becoming a mom, I was naive as to how much harder it would be to work full time AND be a parent full time. I couldn’t relate to parents, I didn’t have those responsibilities. The maternal wall discussion made me realize I too have acted with this bias and passed my own judgments on those who may have had to miss meetings or leave early for parental responsibilities. Needless to say, my perspective has drastically changed, and I have more empathy and understanding. But it’s these types of discussions that are so important to foster. They’re a key example of how Empower can help all employees be more accepting and supportive so we can eliminate these biases all together.

And it’s not just moms that struggle—dads may grapple with bias too. “It’s just as important for men to speak up when they have to ‘be a dad’ and pick up their kids, or work from home because their kids are on spring break,” said an HQ employee during a brown bag discussion. “The more men can be supported in a parent role the more this opens the door for women to do the same, without the bias that comes with it.”

Kati Doebler, Pittsburgh office lead, felt similar sentiments from her session saying, “It was terrific to hear the fathers talk about parenting bias and the struggles they face when trying to balance the office and the needs at home.” They had a majority men at their session, as you can see below. 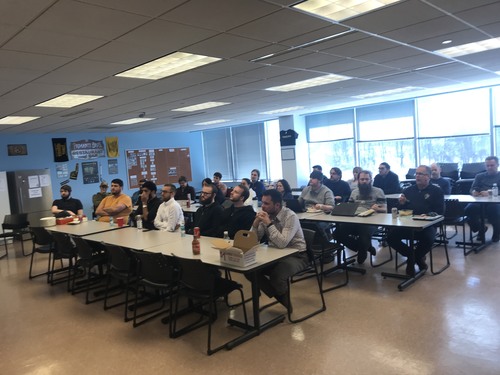 Krystal Hunt, Sr. Manager, Global Recruiting Operations and Programs, led a discussion at Coupa’s HQ session on Why Women Have to Fight to Be Respected and Liked at Work and How to Deal With Bias Against Working Moms. “My objective in the session was to drive awareness of these biases for both men and women and help women know that they are not experiencing this alone,” she said. “There are many of us who have seen the bias and perhaps, at times, contributed to the bias and with more educational sessions like this. Hopefully we can put an end to this.” 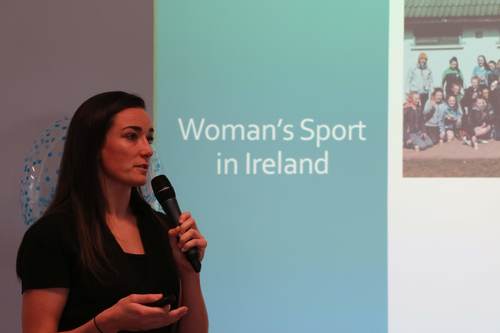 In Dublin, Virginia Synott, office lead, gathered almost everyone in the office (including men) plus remote EMEA staff to attend an inspiring talk by Ms Niamh McEvoy, a member of Dublin Senior GAA Team for the last 13 years. She talked about her inspirational journey and experiences in the area of sport.

Our main event held at our headquarters in San Mateo on March 21st and was live streamed for all to watch and several offices tuned in and hosted their own watch parties! We were joined by WNBA superstar and Olympic Gold Medalist (yes, I got to hold it!) Jennifer Azzi who spoke about the 4 things she lives by that she attributes to her (massive) success: 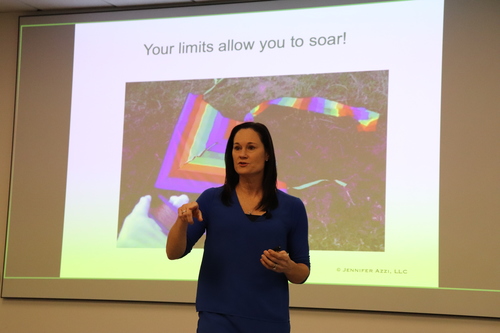 Always Be Yourself: Nadia Comaneci was the youngest gymnast to win Gold and didn’t let stereotypes or the fact that no one her age had ever won a gold stop her from breaking barriers and achieving her dreams. 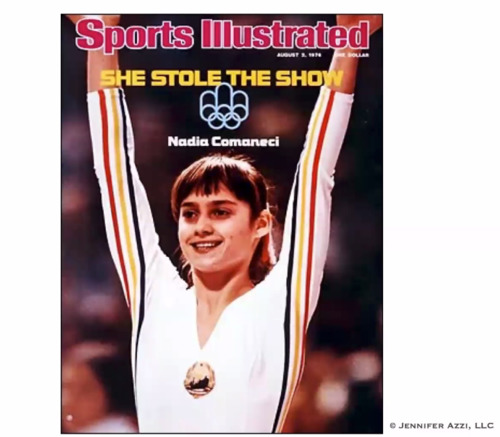 Have a Vision: Jennifer told her story of going to Stanford to play basketball. She contemplated leaving during her Freshman year because they were mediocre and had no fans, but her coach had her visualize the Maples Pavilion sold out and winning a national championship by her senior year. She bought in, and the vision became a reality; they won the national championship her senior year 5 minutes from where she grew up in Tennessee. Sounds like a movie in the making! 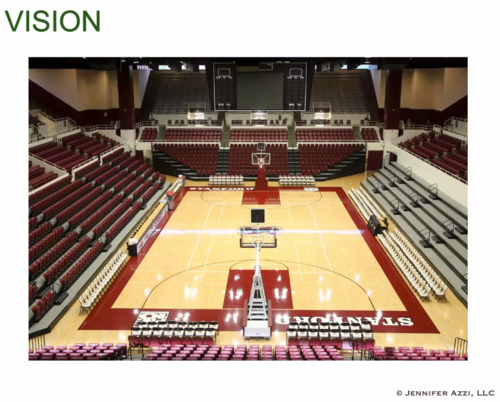 Embrace Obstacles: Fun fact, did you know Michael Jordan was cut from his high school basketball team? Jennifer attributed that ‘failure’ or set back as a motivating factor that pushed him to be the best basketball player to ever live.

Have No Limits: When you’re going through tough times, nothing great happens without great people. The best part of success is leaning on and pulling from the people who are on the journey with you, like #allofus here at Coupa. Jennifer told the story of how she unintentionally came out at the ADL awards, and that she always saw being gay as a limit. As soon as she was truthful about who she was she felt free and realized it was a limit she had set for herself. 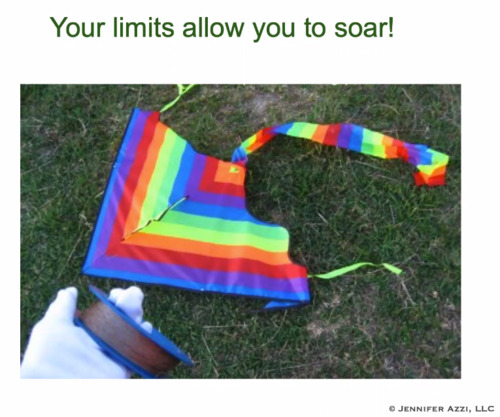 Lucy Buecking, our Reno lead, reported that their session was extremely engaging across the men and women in the office (session photo below) and that everyone agreed that “Empowerment is enhanced with meaningful Alliances.”

Matthew Otzwirk, an engineer out of Reno, attended the live streaming of Jennifer’s talk and he was very impacted by it. He shared afterward that he “now has an idea of how to inspire his three young daughters to be who they want to be.” 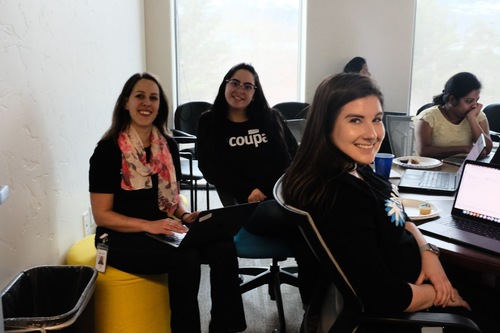 When asked about the impact Empower events are having at Coupa, employees shared their excitement of what lies ahead. “Empower is an important foundation so we can continue building a community of diversity inclusion within Coupa,” said Lucy Buecking. “Empower has the potential to become an identity within Coupa across the globe and I’m excited to be a part of it.”

“As a dad of two daughters, I want to do all I can to make their experiences better than those before them and these sessions have been eye opening,” said Jake Adger, Sr. Director, Product Marketing Manager, who attended a few of the events hosted at our headquarters during the month. “I encourage men to be apart of these discussions because I came away with more awareness and emotional intelligence that I will apply to how I interact with #allofus going forward.”

Cheers to being the change, we’ll see you and upcoming event soon!

Empower falls under our greater diversity initiative and its mission is to build community across women (and men), foster meaningful cross-sector relationships, expand leadership skills, celebrate women’s achievements and providing mentorship and inspiration to improve diversity, inclusion, and equality at Coupa and beyond.