Today the vice president of product development of Coupa, Raja Hammoud, will kick off day two of Inspire 2015 with an update on Coupa Release 13.

Her product overview will be followed by a CIO panel hosted by Ravi Thakur, Coupa’s vice president of customer success, who will facilitate a discussion led by industry experts including, Tom Carbonaro of Sanofi; Greg Higham of Marketo; Oscar German Nafarrate Salum of Grupo Herdez; John Strain of Williams-Sonoma, Inc., and Kendra Von Esh. And, finally, the conference will conclude this afternoon with customers talking in smaller groups in their breakout sessions. 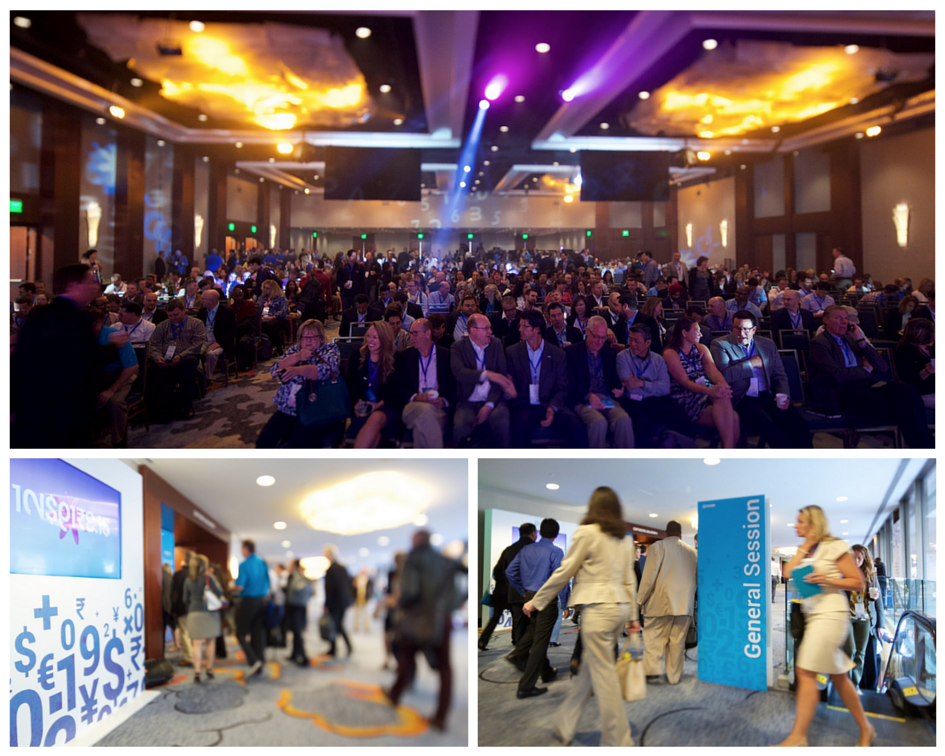 And if today is anything like yesterday, we are in for another day of lively engagement.

We kicked off day one with keynotes from CEO Rob Bernshteyn and business strategist Navi Radjou; a tag team walkthrough of a large scale P2P transformation at Fiserv with Deborah Moehlich, PTP Governance and Shared Services Leader, Fiserv, and Annie McMillan, Director, Advisory at implementation partner KPMG, and a rousing analyst panel on the future of procurement. The 11 afternoon breakout sessions were standing room only. 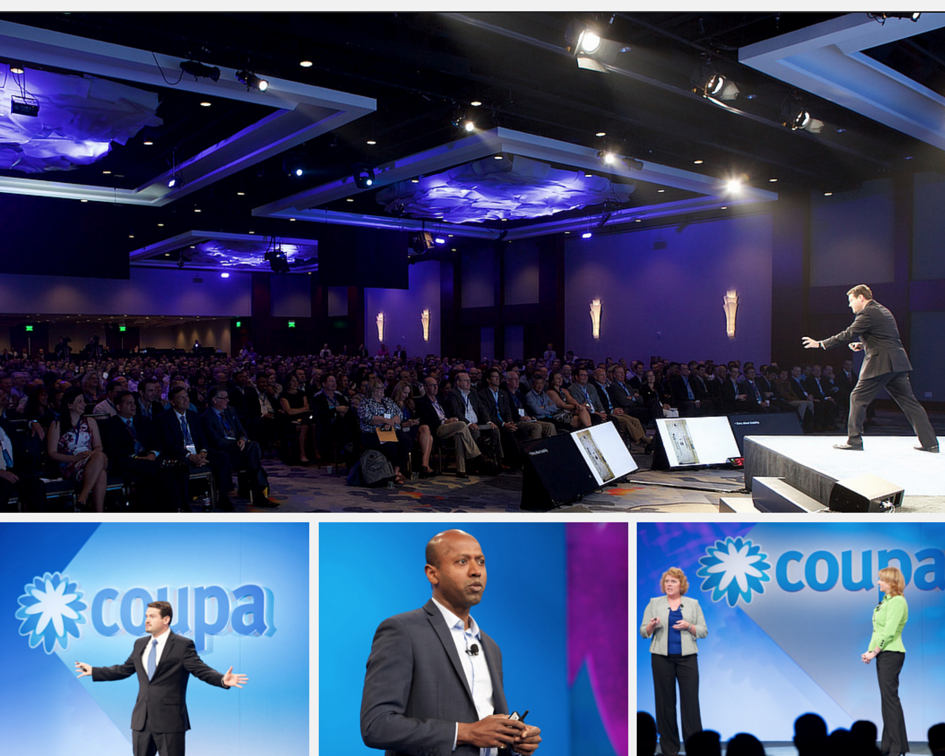 We also made some important announcements—we’ve achieved our 25th consecutive quarter of revenue growth and also have brought Todd Ford on board as CFO.

Attendees started the day by breakfasting on bacon-wrapped sausages and other sweet and savory bites. These were eaten in the company of a pallet of $5B that materialized in the Inspire Hall overnight, a visual representation of the amount of money customers are estimated to have saved to date using the Coupa platform. 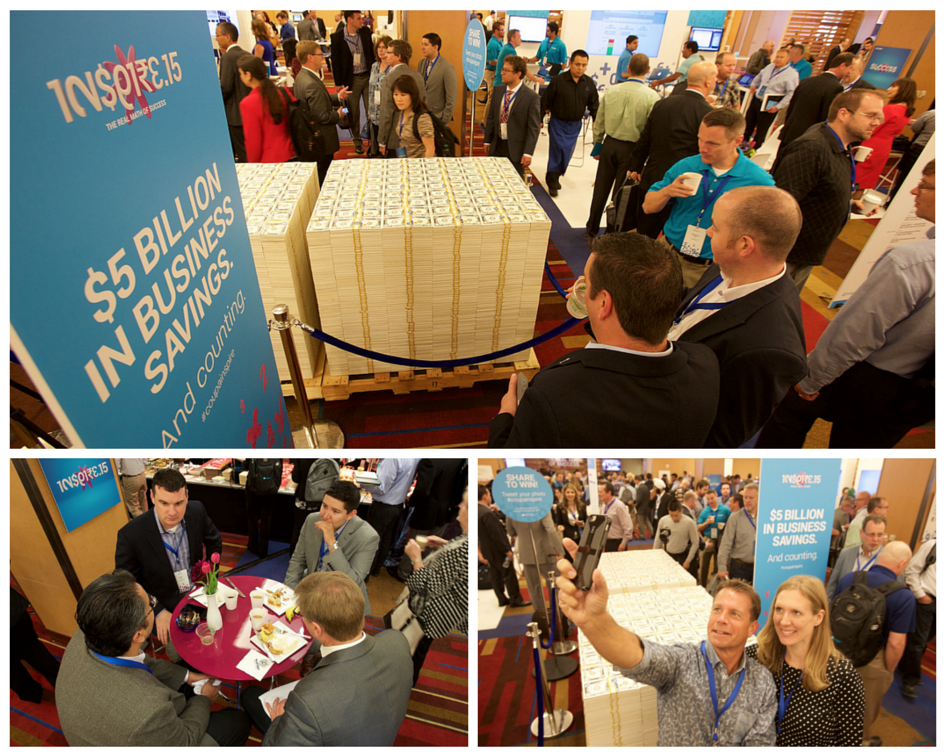 Savings and strategic supplier innovation were the threads that ran through the morning’s discussions. Savings are where we are today, and will always be part of how procurement is measured, but globalization, risk and compliance are driving supplier management to the fore. This is of such strategic importance that procurement will soon be reporting to the CEO, at least in the opinion of one analyst. But first, we need to dig ourselves out of paper and process.

That’s exactly what’s on the mind of Coupa CEO Rob Bernshteyn. Bernshteyn kicked off the conference by talking about “the story of us,” the shared history of the company and our customers, starting from the early hypothesis that usability matters, through early customer wins and the growing conviction that a fully integrated suite—procurement, expenses and invoicing—is what is required for customers to finally get 100% of spend under management.

He showcased customers who are sharing their results, measureable in tens of millions of dollars saved, and called on customers and prospects to do the math to see how much money their companies could save using Coupa. Being able to deliver measurable results, he said, is crucial to achieving a position of leadership.

Bernshteyn envisioned a future beyond usability in which cloud technology and artificial intelligence not only free workers from data entry and other repetitive manual tasks, but perform research, alert us to important things and make recommendations we can act on or reject so that we can spend our time more strategically.

He also reiterated Coupa’s commitment to the Open Business Network, to help customers get adoption by small suppliers.

If there was any doubt about the importance of working with small suppliers, it was dispelled by Radjou and the analyst panel.

In his talk, Frugal Innovation: Creating More Value With Less, Radjou detailed the amazing innovations built on shoestring budgets that are coming out of developing countries. India for example, launched a spaceship for $75M, one-tenth the cost of NASA’s latest vehicle and $25M less than Gravity, the 2013 George Clooney outer space thriller.

Frugal Innovation is not just about the bottom line; it’s about creating top line value and it’s important for industrialized countries because consumer behavior is changing. Customers today are both value and values conscious, said Radjou. Brand loyalty is eroding and they want discounts, but they will also pay a premium and be loyal to companies that are acting in a socially and environmentally responsible way.

Frugal Innovation is actually a disruptive business strategy, he argues, and with consumers becoming more empowered and the earth’s resources diminishing, it’s imperative that companies figure out how to disrupt themselves, or face extinction.

With that in mind, companies need to engage suppliers strategically, and procurement needs to become a front office function.

That notion was echoed by the analyst panel: Jason Busch, of Azul Partners; Bob Solomon of Software Platform Consulting; Christopher Sawchuk of The Hackett Group, and Dawn Tiura of SIG. 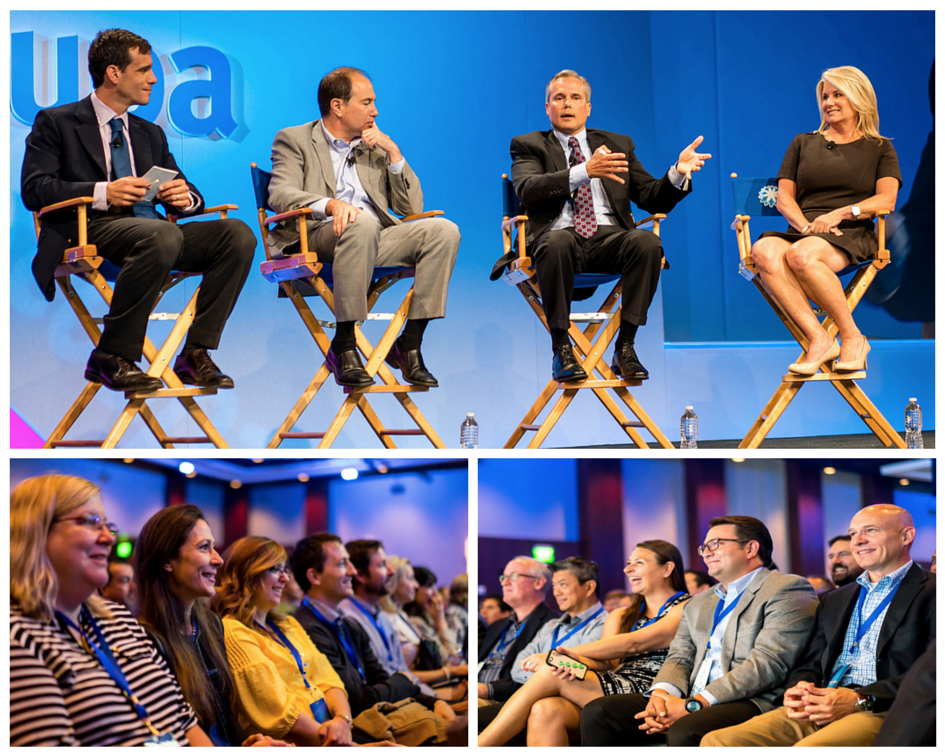 Tiura pointed out that seat-back phones and in-flight movies were not invented by airlines, but by suppliers. She also said the term buyer needs to be eradicated; Task oriented buying needs to be automated by software and artificial intelligence so supplier relationships can become more strategic.

Tiura, a self-described recovering bean counter, believes that with risk and compliance looming larger than ever, procurement is strategic enough to report straight in to the CEO. She drew a spontaneous round of applause for her remark, “We see stupidity as it’s happening. The CFO sees it after the fact. We have the power and the obligation to solve it.”

The panelists all expressed frustration that after 20 years of automation, the profession is still not where it needs to be, with Solomon remarking that although finance and procurement are converging, the whole process has yet to be automated in a frictionless way.

The conversation needs to move beyond just savings, because as Sawchuk noted, savings will level off for the best performing organizations. The struggle today is to measure savings, and savings will always be part of how procurement’s value is measured, but he believes in the future they will also be measured on innovation, risk management and supplier enablement.

Tiura went even further, saying some of the best CPOs have top line growth in their KPIs. She urged the audience, “Pick up the phone when suppliers call. They work with companies all over the world. Be open, create savings and top line growth at the same time.”