From Sweden to Japan to Coupa: Q&A with Thomas Kase 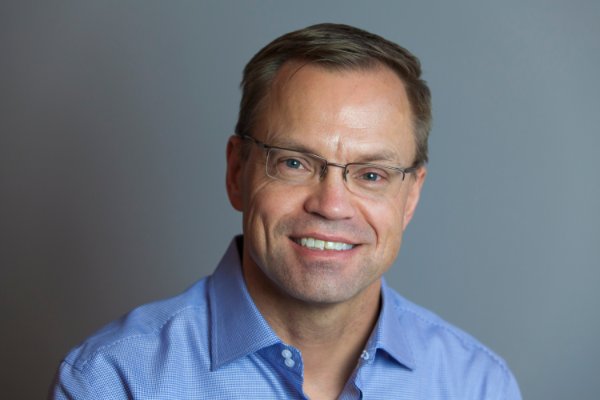 Coupa recently announced that Thomas Kase joined our product marketing organization in the role of Director for Content Development and Thought Leadership. He will be helping us tell our customer success stories, and will travel the globe evangelizing at industry events.

If his name sounds familiar, it is because it has appeared in hundreds of bylines on Spend Matters, where he worked as an analyst and consultant for five years. He is well known in the industry, having worked for SciQuest, Ariba and other vendors. Perhaps less known: He is directly descended from the Vikings, was born in Östersund, Sweden (on the 63rd parallel, same  as Anchorage, AK) and he began his career in Japan. We caught up with Thomas to trace his path to Coupa Software.

Coupa: How does a guy whose family has lived in Sweden since the days of the Vikings end up kicking off his career in Japan?

Thomas: I’m a process control engineer by training, just like my dad. We even went to the same school, and I wanted to go into the family line of work. My first job was with a firm that was a tier 1 supplier to many big Japanese industrial firms - Yokogawa, Fuji Electric, Mitsubishi and others. I worked there for four years, and then moved to a Western firm doing final assembly systems and tooling for the automotive industry. The automotive industry is what interested me about Japan in the first place. If you recall, in the late '80s automakers were becoming famous for kaizen, the discipline of continuous improvement. For two years I worked intimately with all the big automakers, primarily Toyota, which comprised ~70 percent of our business.

Then I went to business school at Yale during the dotcom boom. I had a good friend in the class ahead of me with similar interests, and we didn’t want to miss out on the boom, so we started a business to business service company focused on enabling Asian consumers to go online and work with large US e-commerce companies. Unfortunately that was premature, as it turned out that we were doing things that have really only scaled in the last five years or so. Our customers were a lot of B2C firms that went bye-bye around 2001-ish, and we with them.

Coupa: What did you learn from that?

Thomas: You absolutely need a diversified client base. That was one obvious thing.

Also, we were at least a decade too early for those services. So that's the other lesson. You can be one or two steps ahead of your customers, but you can't be four or five steps. That's deadly. So, despite what Gartner said about readiness in the marketplace back then, those reports were too optimistic.

Coupa: What did that teach you about analyst reports, and how did that inform your later work as an analyst?

Thomas: Well, it certainly made me a little more skeptical. Ironically, I got in that boat myself later on when I joined Spend Matters.

But Spend Matters isn’t looking as much to predict where things might be going in the marketplace, but more to keep track of which solution providers are already performing well.

We would stay on top of all the 100-150 vendors of relevance for procurement and its peripheral functions - for example strategic sourcing, governance, risk, compliance, supplier diversity, and travel and expense management, in addition to the procure-to-pay space.

Unlike in the financial services space, where the mandatory disclosure is, ‘past returns are no guarantee of future performance,’ in the solution provider space it is the opposite: Past performance is definitely an indicator of future success - if you are looking at the right measures of success.

In this world, concepts such as ‘completeness of vision’ are academic, because that's not relevant to how solutions are sold and used. It's much better to look at which solution does a great job for a particular type of company than try to figure out which provider might have the longest list of features. If the provider isn’t a good partner or a good fit for a firm your size, in your vertical, or with your global footprint, well, you're probably not going to be a happy customer, even if the RFP spreadsheet says that you ought to be.

A corollary to that is to be able to tell clients the type of questions they should ask. Please, don't feed solution providers 500 to 1,000 RFP questions that are mostly meaningless. You should focus on the deal breakers, not the basic "me too" stuff that everybody has. That's just a waste of time. It’s remarkable how much time is spent on the RFP process, much of it on non-essentials.

Coupa: What do you remember about when you first came across Coupa?

Thomas: I was at a conference and I heard Rob Bernshteyn speak. He hadn’t been CEO that long, so this was probably around 2010. I remember him being extremely enthusiastic in talking about the value of cloud P2P and spend management.

I don't remember much about the actual features of Coupa then, but I do remember thinking, "Wow. This guy has energy."

Anyway, I was already sold on the whole concept with using cloud-based, on-demand solutions. The economies of scale for shared development and infrastructure offered possibilities to do things that only the very biggest companies would be able to do on their own, and here was a guy doing it for procure to pay. Cool.

Coupa: When did you next encounter Coupa?

Thomas: After joining Spend Matters, while Jason Busch was still the point person for P2P providers, I would sit in on calls with him, so I was aware of where Coupa was going. We were starting to see convergence between upstream and downstream procurement. Companies coming from the upstream side were adding transactional capabilities, and vice versa.

Once you tie the data in your procure-to-pay system to spend analytics, contracts, supplier capabilities and performance, now you just need a few additional pieces and you can easily do serious strategic sourcing . It was clear that, over time, the two sides would merge and become source-to-pay, and that’s where Coupa was heading.

There are inherent strengths to starting from procure-to-pay, because the transactional side is more difficult to pull off than the upstream area. It's hard to stitch transactional capabilities into an upstream solution. Upstream activities aren’t as urgent; they can usually wait a little. Not so with req to PO to invoice receiving and matching.

The other thing is when you’re building off a single architecture, as is the case with Coupa, there's no Frankenstein patchwork of solutions. That has a big impact on data models, because business processes don’t flow, and you have to make choices when you are tying different systems together.

You have to decide what data people ‘need’ to see, but, your business is always changing, so what you need will change. However, once the IT team has tested it and signed off on rigid product implementations, they are locked in, sometimes for years.

But the more you can expose data—democratize it—the better. The end user, when they have everything at their fingertips, then the magic really happens. They are now truly empowered to make better decisions.

When you have IT trying to pre-think what everyone should see and then lock it down, you're spending time and money to create something that actually ossifies the company. I personally believe that companies that provide more visibility and empower their users to make decisions are going to outrun all the others.

Coupa: What made you decide to make the leap and join Coupa?

Thomas: Most companies develop what they think the market needs. To be blunt, the Coupa approach is a lot like this: "To hell with us sitting in an ivory tower and saying what the market should do. We'll instead rapidly build what the market actually needs combined with smart innovations, and then fill in the holes as quickly as we can but always based on what customers actually use."

It's an iterative process based on customer input, versus an academic exercise where you check all the boxes on that big RFP spreadsheet. You could call it kaizen development.

One of the things I truly appreciated in Japan was the immense dedication to the job at hand that they have there. You could always trust people to deliver in a very determined, focused way, with no one saying, "That's not my job."

After having attended Inspire and having been through several briefings with the Coupa people, including speaking at some Coupa events, it felt like there was that same spirit here.

I think the focus on spend management offers an opportunity to disrupt many of the peripheral solutions. These solutions largely sell on the fact that the ERP systems do procurement so poorly. The result is that legacy procurement is perpetually dissatisfied, and so are its stakeholders.

So where do they go? To peripheral solution providers, but it's hard for them to out-compete a successful P2P provider. P2P is a very sticky solution. If you have a special foothold on the P2P side, you can just keep adding in the other areas, chipping away against the smaller providers, and against the big ERP players.

I think that the ERP players, over time, will be reduced to providing just the financial systems with support for warehousing, materials management and some other operational needs. But eventually, Moore’s Law and the power of the cloud will knock on those doors too. I don't see how the ERP firms can stop someone like Coupa from taking over the corporate procurement and broader supplier risk and spend management functions, because there's no one else even close to out-innovating them.