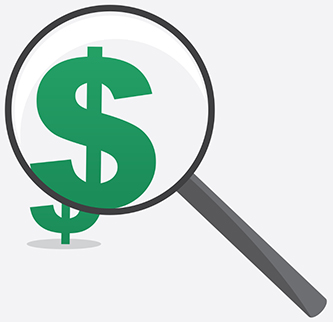 June was a big month for Coupa. We raised $80 million in funding to continue supporting our company’s global expansion, and we held our third annual user conference, Coupa INSPIRE, in San Francisco. It was serendipitous that both of these events took place within days of each other. Both caused me to reflect on the different ways the marketplace perceives the value of a company.

As with our previous rounds of funding, we issued a press release to let folks know the details of the financing, and our plans for growth. In this round, we were proud to have broadened our appeal. Institutional investors and venture capitalists from both U.S. coasts and from abroad joined the round, along with some of our previous investors. We reached a very healthy company valuation, in alignment with our recurring revenue, growth rate, and current market multiples.

What was particularly interesting this time around was the amount of attention we got from reporters eager to discuss our valuation in the context of the current Silicon Valley narrative of ‘are we in a bubble or not?’ I was surprised that there was greater emphasis on that than on what our company does and on the value that really matters most in the longer term: Customer value.

Beyond the Big Number

Investors use different formulas to get to a company valuation. It has to do with revenue growth rates, size of markets and such. It’s also usually dependent on some combination of the company's assets, financial health, customer attraction and retention rates, development plans, market size, and vision for the future.

But beyond the observable ultimate valuation of the funding round, what really makes our company valuable? Nobody really asked me that. Most reporters barely delved into what we do at all, except to get the basic boilerplate for the last paragraph of their stories.

It was interesting because ninety-nine point nine percent of the time, the employees and the management team here, myself included, are not thinking about valuation. We're thinking about how to create value for customers, always knowing that if we do that in the long term, that'll result in our company being valuable as well.

I saw that demonstrated very clearly at INSPIRE.

We set “The Real Math of Success” as the theme for the conference to show our existing and prospective customers how they can get quantifiable results via our technology and their own efforts to transform their business processes.

One of the most exciting elements of the conference was that many of our customers worked with us to quantify exactly how much they've helped their companies save. And they were willing to show the math both on stage and in our marketing materials.

These customers are saving tens of millions of dollars, primarily by streamlining existing business processes and by empowering their employees to easily buy what they need to do their jobs against negotiated contracts that the back office has provided for them. There are lots of other ways individual companies are saving, but every company that did the math is saving in those basic ways.

We know that our other customers have similar savings, because we see their spend running through our platform. We estimate that they have collectively saved about $5 billion to date. But not all customers have done their math.

So, we did it for them and handed them the material so they could see the financial impact they're having in their companies.

Presenting this on stage to nearly 1,500 customers, prospects, partners and employees, I was excited to see whether or not these folks would gravitate to this value message. But after my keynote, I had two days of back-to-back half-hour meetings with customers and prospects. I was frustrated that I couldn't attend any of the dozens of customer-led breakout sessions live to hear about what they were doing. I had to watch the video recordings later.

Fortunately, two things that happened in my meetings demonstrated for me why customers find our company valuable.

The first was a prospect from the banking industry committing on the spot to closing a deal within two weeks. His company had seen the results that two of their competitors are getting using Coupa. He was excited to start competing against other firms in the financial services industry to see if he could beat their results. I thought that was exciting.

The second was a big hug I got from an existing customer, also in the banking industry, to open our meeting. That was first time I’ve been hugged at a software conference. I took it as a show of support for what we’re each trying to do in spend management but also as an acknowledgment of our partnership. We’ve been working together for three years. We’ve overcome some challenges along the way and together we’re creating value for both of our companies.

Driving back home from San Francisco, I couldn't help but reflect on what happened a week earlier when we announced our funding round and all the conversations about investor valuation began. It was encouraging to be part of these customer and prospect conversations to see how these people value what it is that we're actually creating.

A point in time calculation yielding a big number attracts a lot of attention. You can’t stop tongues from wagging. All you can do is maintain your focus on creating continuing value for your customers. Then, perhaps, you will have a company that is sustainable over the long term, and that is valuable to customers and investors alike.