Renowned Journalist Robert Peston to Speak at Inspire’18 in London 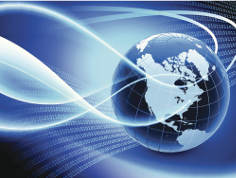 Leading British business and finance journalist Robert Peston is never short on opinions. Last year, he published WTF?, a book that explores the emergence of deeply divisive political issues, including Britain’s vote to leave the EU and the election of Trump to US presidency, and where we can go from here.

Peston is a recognized authority reporting on UK politics, business, and the economy. Having previously served as business editor and economics editor for BBC News (2006–2015), he was also a senior journalist at the Financial Times and The Sunday Telegraph and now serves as a TV political editor and host.

On November 7, 2018, he will share his provocative thoughts on Brexit and other current events with more than 800 procurement and finance leaders at the Coupa’s Inspire’18 conference in London. Peston will deliver an educational and inspiring message about dealing with uncertain political and economic trends, including potential implications of Brexit and its impact on global businesses.

Beyond Robert Peston’s powerful speech, Inspire will give attendees the chance to network with peers, experience live product demonstrations, engage with technical trainings, and partake in the grand Inspire party.

See Robert Peston Live at Coupa’s London Inspire Conference on Nov 7
Want to learn more about what Robert Peston has to say? Check out Peston’s recent interview about Brexit proposals with British Prime Minister Theresa May.

Or better yet, see him in person at Coupa’s Inspire conference in London. It’s only a week away, but there’s still time to get your tickets. Book yours here and don’t miss out!