Stars Come Out at Inspire Day 2

The stars came out on Day 2 of Coupa Inspire, with the long awaited, much anticipated appearance of Sir Richard Branson and his son Sam in a fireside chat with Coupa CEO Rob Bernshteyn.

The Bransons had competition from the dance moves and megawatt smile of Vice President of Product Management Raja Hammoud leading the Coupa troupe in the fourth annual dance video/intro to her new product announcements. There were also some Webby Award-worthy comedic performances from Coupa employees starring in house-made videos to introduce new Coupa offerings in Contracts, Invoicing and Expenses.

Overall, the morning was a look into the future from various vantage points, with the power of business as a force for good in the world as a red thread running through all the talks.

Screw it and just do it

Sir Richard said that what inspires him every day is the possibility for businesses and entrepreneurs to solve the world’s problems, not just their customers’ problems. He encouraged every company to adopt a local or social cause, and congratulated Bernshteyn for Coupa Advantage, the company’s embedded giving program. “Don’t accept the unacceptable,” Branson urged the audience. “Screw it and just do it.” 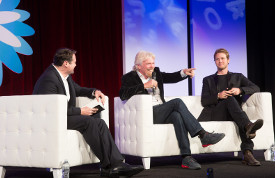 It’s a sentiment that informs Branson’s business and philanthropic ventures, including Virgin Airlines, which grew out of a missed flight to see his then girlfriend and now wife, and Virgin Unite, his charitable foundation that tackles social problems around the globe. He concluded the chat by sharing his vision for Virgin Galactic: Virgin Hotels in outer space equipped with hovercraft for interstellar day trips.

His son Sam said that he is inspired both by the solitude and challenges presented by nature, and also by the possibilities to use the Internet to bring the world together as one global tribe.

Analyst Jerald O’Dwyer, Principal at Deloitte Consulting also made the case for emerging global unity as he laid out in facts and figures the role business is expected to play in what he called the “solution economy.”

Procurement has a role to play in this multidisciplinary exercise, which erases the boundaries between the public and private sectors and challenges businesses, governments, philanthropists and social enterprises to collaborate to solve big problems and create value by closing the gap between citizen expectations and government capabilities. 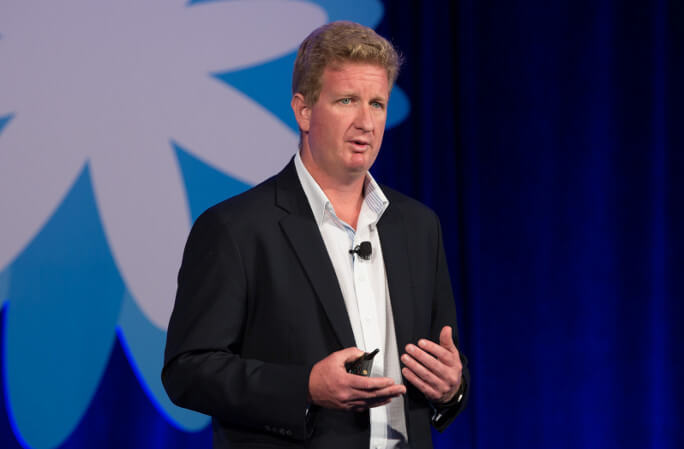 As evidence of that, Jerald was accompanied by Paul Tuxford, CIO of The Global Fund, which works to end AIDS, malaria and tuberculosis worldwide. Tuxford and the organization’s CPO used Coupa to transform a $2 billion supply chain that was previously running on Excel and email into a global marketplace for local health providers to purchase medicines and supplies to fight these epidemics in their communities.

Technology is at the core of this emerging solutions economy, and O’Dwyer stressed that having a well-thought out digital strategy is as important to procurement as it is to consumer-facing industries. He noted that according to the latest Deloitte CPO survey, interest in P2P technology has quintupled since 2011.

In the day’s other main stage analyst session, Gartner’s Magnus Bergfors proclaimed the death of the ERP megasuite at the hands of cloud specialist vendors such as Coupa. These specialists, he said, are winning the day with their agility in responding to the needs of business users. No megasuite vendor can keep pace, and the end result will be a gradual reduction in the ERP footprint within the enterprise.

What does it all mean?

In the morning’s opening session, all that agility was on display as Hammoud did her walk through of Release 15, key features of which were brought to life brilliantly on video by the product team. 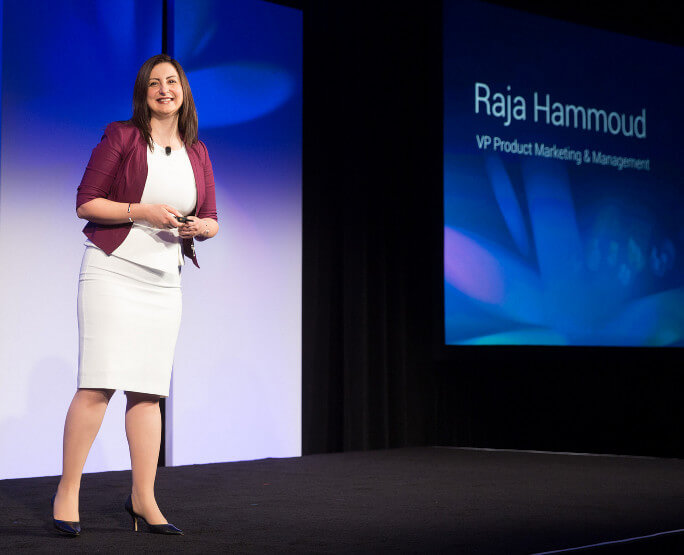 In the expenses video, Product Manager Sricharan Iyengar travels blissfully through the world unencumbered by any baggage except his smartphone, which connects him to his virtual digital assistant, Coupa Samantha. She whispers sweetly in his ear to tell him exactly where to find his next ride or meal, and to let him know she’s already filled out his expense report, so he when he gets home he can just relax.

In “InvoiceSmash Therapy,” David Jorgensen (Coupa’s globalization manager) counsels a distant couple, an AR manager played by Scott Harris, (Coupa’s director of product management), and an AP manager, played by Valentina Berry, (Coupa’s people coordinator). Jorgensen encourages them to visualize themselves “in a nest in a tree of trust” where they can speak freely about their issues.

What divides them? Manual invoice data entry. What unites them? Technology that does it for them, so they can restore harmony to their relationship.

In “Contract Collaboration,” Martin Ertl, general manager of Coupa Contract Lifecycle Management, smashes his keyboard in frustration when he can’t deliver the latest contract revision to his boss/overlord, also played by Harris. The solution, Contact Collaboration, lets Ertl, Harris, legal and others collaborate transparently to completion.

So what does it all mean? We’re entering a new era where technology relieves people of mundane tasks so they can unlock their creativity and talent to add value to the solution economy. It means freedom.