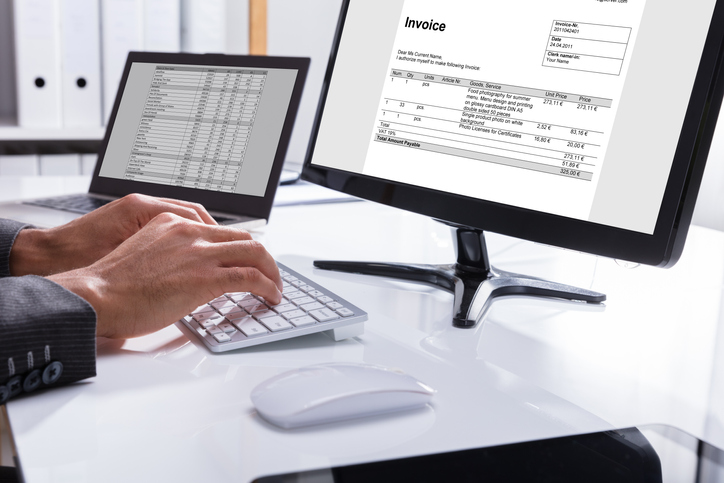 The global economy has a big problem with late business payments. Payment time now averages 66 days globally, a ten percent increase since 2008. Individual companies may feel the pain most, but delayed payments have a far-reaching negative economic impact. At a time when consumers have more and faster ways to pay than ever, why are business payments still so slow?

One reason is that there’s been a trend in recent years of large companies deliberately extending payment terms to maximize their own working capital (28.2 percent in the US; 30 percent in the UK). Governments around the world, most notably the UK, are trying to curb this practice, which squeezes small suppliers--many to the point of bankruptcy.

The less talked about but maybe more common reason is inefficient internal processes. Most of the focus on speeding payment today is around shifting companies away from checks to electronic payments. But, when you look at payments holistically, as part of an end-to-end business process, it’s clear that shifting to faster payment rails alone isn’t enough.

The bigger problem is pulling together all the data that’s required to make timely payment. There’s an opportunity for software platforms that address the whole business spending process to use the data they already have to speed up the whole process. That could help unlock a lot of economic value.

Lost economic value
According to research by alternative lender Fundbox, a quarter of SMEs said they can’t hire new employees or invest in equipment because of cash flow problems. A fifth have had to stop marketing programs.

According to a study of over 1,000 UK SMEs by Crossflow Payments, two thirds of businesses would hire up to five more people if working capital improved, leading to as many as 3.4 million new jobs. In the US, Fundbox found that if paid on time, SMBs across the United States could hire an additional 2.1 million employees, reducing unemployment by 27 percent.

Obviously improving cash flow for even a small segment of the world’s suppliers would have a far-reaching impact.

Connecting the last mile
So what could that look like? Payment is the last mile of a process that typically starts with a purchase requisition, followed by a purchase order, maybe a shipping manifest, and then an invoice. Each document contains data that has to be validated, matched and approved before a payment can be made.

The problem is that the data is usually in a few different systems, because this is a business process that up until the last few years has been automated piecemeal.

Creating a patchwork
ERP vendors started offering add-on requisition to purchase order and procurement modules in the early ‘90s, and a lot of companies still use them.

In the early 2000s, Ariba came along and really brought the concept of a best of breed digitizing the whole requisition to purchase order process to life. That was the first domino in the B2B efficiency chain to fall, and a lot of companies still use those legacy systems.

Around the same time frame, we started to see some vendors try to do the same thing for the accounts payable process, but no player succeeded in coming up with an end to end. Instead, there are a lot of vendors handling parts of the process in isolation. Some are scanning and digitizing the invoice. Some are offering invoice workflow automation.

So, companies have different processes residing in different systems, and in a surprising number of organizations a lot of the pieces are still done manually. When you're doing tens of thousands of transactions, it’s going to take a long time to marry the data. Without realtime visibility, you're going to miss a lot of opportunities to optimize.

A familiar story
Payments technology has developed in its own silos separate from all of that. The ACH rails were developed and are run by one network, NACHA. The credit card rails are owned by the credit card networks. Each is a different product, traditionally sold by different departments of the bank, and requiring the A/P department to manage separate processes for each—on top of writing checks.

In the past decade or so, technology companies have gotten into B2B payments, offering best of breed solutions that make it easier for business to transmits payments along any rail from a single file or a single interface. That’s a step forward, but it still doesn’t address the upstream data problem.

This patchwork of systems and products and processes has left a lot of inefficiencies in the exchange of information between a buyer and a supplier.

Unifying processes and data
Now that the business spend management market has matured, we have systems like Coupa that integrate the whole purchasing and accounting workflow, creating a unified data model. When that’s connected to payment rails, and you can give buyers, suppliers, banks and payment providers timely visibility into the data, it unlocks a lot of opportunities to optimize everything about the payment in a “one stop shop” setting.

The heart of the relationship
Payment is at the heart of buyer-supplier relationships. There are plenty of companies that see the benefit of paying suppliers on time but can’t collect the data fast enough and can’t provide visibility for all parties to make the right decisions about timing, financing and payment method. There are just a lot of inefficiencies and a lot of costs that don't need to be there--not in 2018. By reducing communication and friction around payment, buyers and suppliers can move faster and focus their attention on other, more productive parts of their working relationship.

Unlocking all the economic value trapped by late payments may require continued government pressure on some buyers, but we also need more and better options for those companies that already see the wisdom in optimizing their suppliers’ cash flow.

Business spend management platforms can offer their customers many such options since they’re already handling those upstream transactions. It makes sense to close the loop and manage the payments.