E-Invoicing: Why Aren’t We There Yet?

Andy is the product manager for Coupa Invoicing and Coupa Sourcing. Prior to Coupa, Andy worked in strategic sourcing and supply chain at Gap Inc. When not at work, he enjoys sourcing honey from his home apiary. 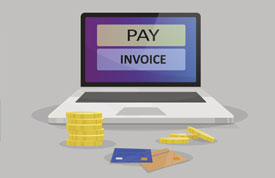 Back in 2000, an optimistic analyst named Michael Killen projected that by 2002, e-invoicing would be widely adopted, and 80 percent of all invoices in the world would be submitted electronically, because it's such a logical thing to do. No one, he proclaimed, would send paper anymore. Of course, here we are in 2017, and we’re nowhere near those kinds of numbers.

Why such optimism? At the time, the electronic exchange of invoice data had already been around for at least 30 years, and the technology had reached the point where it was feasible for most larger companies to adopt it.

So why aren’t we there yet? In a word: people. This is a big change management initiative that many organizations remain unwilling to undertake, regardless of their size. In fact, the countries that are leading with e-invoicing are developing countries in Latin America, where e-invoicing is mandated by the government. But in the US, and even in Europe where VAT (value added tax) compliance would seem to make a strong business case for e-invoicing, adoption remains frustratingly low.

However, there are some new factors driving us forward. Here’s where we’ve been, and why I think we still will get to 80 percent e-invoicing.

Electronic invoicing dates to the early 1970s. At that time, companies started to exchange data electronically using a language called UN/EDIFACT, or EDI. Within that environment, they also exchanged invoice data. This was done through a point-to-point connection between two companies.

Only large, multinational companies could set this up, because the technology was prohibitively expensive. EDI was not a proprietary language of any ERP software such as SAP or Oracle. Those used proprietary XML formats, which had to be translated to use EDI.

Only the biggest companies in the world could afford to operate the hardware and software environment needed for the electronic exchange of data using EDI. Therefore, adoption among midmarket companies was very low, and the high volume of invoices from smaller suppliers remained an issue.

A second problem was that even if you did exchange invoice data electronically, governmental taxing authorities still required you to produce paper summary invoices to show an auditor that everything was correct.

E-invoicing as we know it today grew out of a project that I worked on in Switzerland in the early 1990s. I was working for a company called Telekurs Group, which was a joint venture of all the Swiss banks. It functioned like the IT shop for the banks and worked on technology projects such as payment transactions and stock exchange platforms. We also worked on a project to design the first generation of e-invoicing.

Whereas EDI was based on point-to-point connections, one supplier to one buyer, the new concept was to connect every supplier in the market with every buyer in the market. Then, there would be scalability and a much greater benefit.

The idea was to take invoice data straight from the source and process it directly through to the receiver's accounting system. Each entity could send the data in a format that they could produce themselves. Larger suppliers could give you an invoice straight out of their billing system and smaller suppliers could use something like a portal to enter invoice information manually. At the time, this was called a consolidator model. Today, it’s called a business network. Everyone could participate—in theory.

That still didn’t solve the paper problem though. Around 1998, we brought the Swiss Tax Administration into the process. We went to them and asked, "Okay, what would this process have to look like for you to accept a purely electronic format?"

The Swiss Tax Administration is incredibly pragmatic and business-friendly. Together, we designed the very first legislation that described their requirements for accepting electronic submissions. They published the first legislation and in 1999, modern e-invoicing started to lift off in Switzerland. By 2001, it was slowly spreading into Germany and Austria.

So, you can see how there was reason for optimism. However, although governments were starting to support e-invoicing, they did not require it, so it was still at the discretion of individual companies to adopt it, and these first steps were taken on a voluntary basis only by the private sector.

However, this is a very big change in processes that many companies are still unwilling to undertake. And, governments in Europe have been slow to adopt the benefits of e-invoicing, despite having an incredible incentive for more proactive participation: the VAT gap.

Virtually every trading country outside the US has an indirect tax scheme, where every time there is a sale of goods or services, the seller must collect VAT from the buyer and pay it to the government.

The VAT gap is the difference between what the government should receive and what it does receive. It's very easy and common to commit fraud on paper invoices, so virtually every country suffers from fraudulent invoicing and a resulting VAT gap. To give you an idea of the size of this problem, the VAT gap for all the 28 member states in the European Union in 2014 was estimated to be €159.5 billion.

If there is more transparency and control in the invoicing process, as there is with e-invoicing, it helps the government to close the VAT gap.

Governments in developing countries plagued by tax evasion have been more proactive about embracing e-invoicing. It has proven to be a powerful instrument to fight fraud and bring the shadow economy into the tax base, and over the past several years, countries all over Latin America have made it mandatory. You simply cannot use paper invoices anymore. Every invoice is in fact issued and controlled by the government. In countries like Brazil, suppliers aren't allowed to ship their goods before the government has given them the official invoice and approval.

This is ultimate control. This is real time tax collection and the ultimate state of transparency over the full supply chain, if you will. These countries are seeing the shadow economy decrease, and tax collections have increased. And, the government is doing what every government in the world should do: Ensure that every member of society plays by the same rules.

The next frontier is for countries to work together to accept each other’s e-invoices. If a reliable, government-issued electronic invoice from a country such as Mexico could be accepted by an equally reliable country like Chile, the cumbersome customs documentation process, which is still largely based on paper forms stamped with special ink, could be done away with.

In fact, Spain and Portugal have initiated steps to follow that path to facilitate trade with their LATAM colleagues. This could have a big positive impact on cross-border trade, for those that can participate. Who would think that something so mundane sounding as electronic invoicing could have such a large, global economic impact?

What Killen didn’t count on

At this point, the primary thing blocking widespread e-invoicing adoption is human resistance to change. That’s what Killen didn’t count on. When you’ve been doing something the same way for decades, there’s a tendency to think that it’s working. Unless there is a compelling event, not an incentive, but a mandate, you're not likely going to change anything because it’s extremely painful.

I have been through hundreds of these process transformations, and there are so many layers of legacy technology and processes that no one remembers why they came to life. It’s a daunting prospect to even touch them. So, in many companies, there are still hundreds of people opening envelopes containing invoices, and typing that information manually into an ERP system.

Companies are reluctant to change internally, and they are also reluctant to ask their suppliers to change their processes. We saw with the early business networks and the portal model that many suppliers resisted such changes. If you simply do not want to impact your supply chain relationships, and want to allow them to keep on sending paper invoices, you will put in place poor excuses for accounts payable automation such as scanning and OCR, as many companies continue to do.

Where we are now

So, here we are in 2017. Some countries have gotten to total e-invoicing by mandate, while the rest of the world continues to lag. It looks like Killen is going to miss his prediction by at least 20 years. However, I am optimistic that we can get to 80 percent electronic invoicing globally because a new convergence of factors is driving us forward.

I think that other countries will wake up to the economic and competitive benefits that countries with mandated e-invoicing are now seeing. In addition, governments themselves may want to eliminate inefficient paper processes, and we may see more of them mandate e-invoicing.

Even if they don’t, as the world becomes more digital, it will become increasingly difficult for companies doing this manually to remain competitive with companies that use more efficient digital processes. The other side of that coin is that as digital natives come to dominate the workforce, it is hard to imagine that companies will be able to recruit them to keep doing this kind of excruciatingly inefficient manual work.

And, while the idea persists that mass supplier enablement is close to impossible, we now have the technology to make mass participation much easier, even for small suppliers. This is not like asking a small vendor to invest in EDI. These days you don’t even need to ask them to register or go to a portal. They can turn a PO into an invoice from a web link in their email. Suppliers too can benefit from e-invoicing. Many suppliers aren’t participating simply because they have never been asked.

This is why we're not there yet. The technology is there. Government participation is there. We have everything. But, we had everything 20 years ago. I think that companies will realize that to participate in the efficient global trade schemes of the future, and to stay competitive in a digital world, they must adopt e-invoicing. It will happen. I just don’t want to say when.