How to Have the Courage to Integrate Spend Management

Jack is an advisor known for his experience developing and executing business strategies and his ability to deliver operational excellence in functions which typically under perform in most companies. He has lead procurement teams in both the public and private sector and is a member of Coupa's Visionary Council. 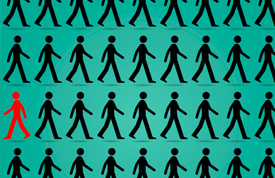 Integrating procurement and accounts payable under one leader accountable for all of an organization’s spending is an idea whose time has come. There are three main challenges: Technology, governance and people.

The first two are now much easier to address than they were even a few years ago. Today’s technology can unify all of spending and automate governance in a way that addresses the separation of duties concerns that kept these functions siloed in the past.

The biggest challenge standing in the way now is people. Introducing new technology and processes is big change, and that takes leadership. A highly skilled and experienced executive should lead this transformation. It doesn’t really matter what his or her title is. What matters most is that he or she has courage.

When you’re changing the way people in an organization spend money, you’re messing with their world. You need to understand that this is something people aren’t necessarily going to want to do, and still be willing to advance it, even though it could be painful getting there. That’s what I mean when I say courage.

The Underpinnings of Courage

There are some things you can do to lessen the need for raw courage. Credibility is a great enabler of courage, so build your credibility within the organization. Set appropriate expectations. Get cross-functional executive support before taking on the role.

You also have to be properly positioned in the organization. Two to three heartbeats away from the CEO is an ideal position because from there you can set strategy and policy and lead action. You can’t do this from four or five levels down in the organization. Taking on a battle you don’t have the position or backing to win isn’t necessarily courage. If you just try to blast through the process, at the very least you’ll get sidetracked and you could even end up getting fired. It’s possible to have courage but not be very smart.

Alternatively, you could be smart and well-positioned, and still not have the courage you need to lead the organization through this change. If you’re afraid of screwing up, or of doing something different, or of ruffling a bunch of feathers, this is not the job for you.

Courage for the Journey

Even with positioning and support, there are bound to be surprises and challenges along the way because you’re essentially trying to change company culture. You have to have courage to have difficult conversations, to keep your emotions in check when you’re labeled the bad guy, and to back up and correct course when you’ve made a mistake. You have to have courage because other people’s courage might fail.

Ultimately, you have to have courage to move on if you can’t get the job done. It sounds radical, and I don’t mean that in the sense of, “if I can’t get my way I’m going to take my marbles and go home.”

I mean that if you’re well-qualified and well-positioned and go into this with executive support, and instead it turns out the organization is going to micromanage you and block you in the areas of your expertise, then you're probably in the wrong place. You can sit there and collect the paycheck and just do what other people tell you to do, or move on. The people who have the kind of courage I’m talking about will eventually do the latter.

The reality is that many times companies will say they want a culture of more accountability around how people are spending money, but when you try to take the organization in that direction, nobody wants to put up with the whining that happens when you change the rules, and you get shot down. Then you have to have a difficult conversation.

This happened to me at a company where the person that I reported to had been very vocal about the benefits of a good procurement process, and did a great job of selling me into the CEO, who said he was in support of allowing the procurement people to do what they needed to do.

However, we were working against an entitlement culture that had been that way for a long time. People were used to getting whatever they wanted.

It turned out the CEO really didn't understand the culture as well as he should have, and he was getting frustrated that things weren’t moving faster. I made it very clear to him that this was a culture that preceded me by a long time, and one that no one had started to address until now.

We reset expectations that a culture that had been in place for years was going to require at least a double-digit number months to change. We laid out a plan as to what we were going to do and when, along with options for reprioritizing some things. He wasn’t happy with it, but in the end we agreed on what we needed to do to bring about change and make it stick. It took a lot of diplomacy, but ultimately the CEO had our back.

Battle of the Post-Its

Quite honestly, you're never going to get a perfect handle on the culture until you really start trying to change it. Then, what appears to be low hanging fruit on paper becomes anything but. Things can get really strange and you've got to come up with strategies and approaches to allow you to kind of move through the process.

For example, at one company I worked with, we were looking at expenses and trying to identify something that we could restrict usage of in order to send a message to the organization. But it had to be something that if you didn't have it, it wouldn't be the end of the world.

Two of the businesses wanted to do away with buying Post-it notes. It's not what I ever would have chosen because I knew it would be a very noisy issue to deal with, but it did fit the criteria and there was a consensus, so that’s what we did.

During the “time of no Post-its,” I went in to see one of the presidents of a division. He was having a bad day and he looked at me and said, "Jack, I don't know what the hell a Post-it note is, but everybody in the damn place wants them and says that you won't let them have them."

We wound up re-implementing the Post-it notes, but restricting them to yellow ones only.

The Courage to Compromise

As absurd as it sounds, for that organization this took courage. It's actually a good example of how when you’re trying to creating a spend management mindset, sometimes the ideas people come up with aren't the right ones. You have to keep your emotions out of it because sometimes you get into conversations where you want to be right and have it your way.

Compromise is not a bad thing. If you're trying to do something a particular way and somebody has a different suggestion that maybe is going to take you longer, or maybe the results aren't going to be as good as they would have been, but they're willing to support the process if you make that adjustment, do it.

Don't throw yourself in front of the truck unless you really think it's critical. It's better to get 80 percent of something than nothing. With the 80 percent in place, you can always go after the 20 percent later. But if you battle over it and you lose, you’re dead in your tracks. You've got to go with it and if it turns out not to be the right thing, you take your foul and move on. That also takes courage.

What’s challenging about unifying spend management is that it’s a change that touches so many people. Everybody in the organization uses goods and services, and when you start changing what they can do and how they can do it, you're going to get pushback. People are going to get angry at you. It’s inevitable.

Part of the reason we see cultures of undisciplined spending is because we never had the technology to support better processes throughout an entire organization. Part of it is also because no one had what it took to change the culture. Now that we have the technology, sustainable change is doable.

Build your credibility. Get executive support. Do what you said you're going to do. Learn to compromise. Those are all traits, attributes, and competencies that get you to a point where if you've got the position and the courage, you can really get things done.