Today, we kick off Inspire ’18, a gathering of more than 2,000 finance and procurement leaders from around the world to be part of the largest business spend management (BSM) conference in North America. And as mentioned last week, we will be sharing the results of a survey by The Economist Intelligence Unit (EIU) that we commissioned, titled The Strategic CFO in a Rapidly Changing World, to better understand the current state of today’s corporate finance departments around the world.

The study includes responses from more than 500 global CFOs and finance executives, but before I share the results, let me first pose one question to you.

What’s the job of the CFO? Let’s start by agreeing that it goes way beyond the reporting of financial statements. Those are table stakes. No CEO wants to simply hear from his or her CFO that “the numbers are what they are.” The best CFOs I know are the ones that know the story behind the numbers, the ones that know why the numbers are what they are. In order to do that, it goes without saying that the CFO needs to know where and why the company is spending money. Otherwise, how can they answer the “why” question they’ll inevitably get? So… would it surprise you if I said that nearly two-thirds of those The EIU surveyed said they lack complete visibility into the transactions across their organizations? 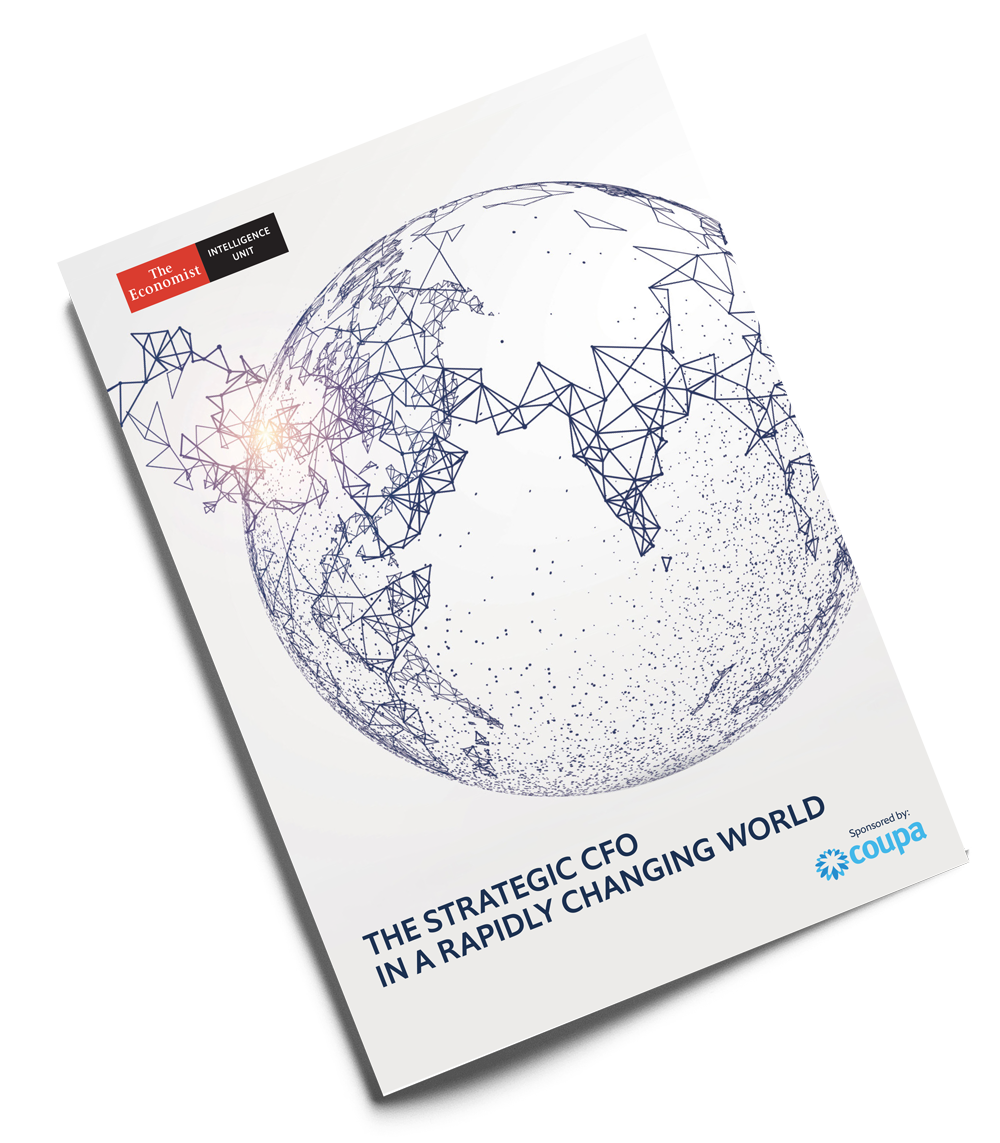 Many of you are probably skeptical of this assertion, but it’s true. What I’ve observed over the last nine years is that most organizations don't know what they’re spending money on. And with the pace of change and hyper competitive environment in which we live today, sales bear the brunt of this misfortune. Increasingly, companies are recognizing the importance of operational efficiency as a competitive differentiator and contributor to the bottom line.

The challenges that today’s finance leaders face are significant, and underlying much of the problem is an antiquated set of technologies that was installed just as the Internet started taking hold (that’s 20-plus years ago for those counting at home.) Legacy systems are hard to use.  Procurement teams have the ability to negotiate great contracts but are underutilized. Employees would rather expense things because it’s too hard to make a requisition and/or it takes too long to get approval. “Miscellaneous” is often a large spending category in many organizations – which certainly doesn’t make it easier to gain visibility. Sadly, this is the state of most of the world when it comes to managing spend.

What is heartening is that after years of reluctance to invest in modernizing their function with new technologies, the report found that 60% of finance leaders see deploying new technology solutions or automating and improving inefficient processes as the two most important tactics they plan to use to control costs over the next two years.

An important point because when spending accounts for upwards of 85% of a company’s total costs, it is critical to have a comprehensive view of business spend and processes across procurement, invoices, and expenses.

The key to success is data, and companies like ours are using machine learning to normalize anonymized data to tap into the collective intellect of the entire community of users to empower a CFO’s decision making. We are at a very exciting time in the history of technology because we now have huge specialized data sets, the computing power and the data architecture to effectively handle them, and machine learning and artificial intelligence to be able to spot patterns and deliver prescriptive insights that our customers can use to develop new business models.

They Must Break Down Silos

A CFO’s job isn’t to be a miser or to only say “no” when requests for funds come across their proverbial desk. Rather, the job is to understand how an investment will benefit the company and to collaborate with the entire organization so that everyone is set up to win. More than half of those The EIU surveyed who assessed their organizations as most able to manage risk, cost, and capital were from a collaborative culture.

As part of the study, The EIU conducted several in-depth interviews with CFOs who are tasked with creating a modern finance department, including leaders at Zendesk, Ally Financial, Micron Technology, Driftwood Acquisitions & Development, and Hays. One theme that each of these leaders said repeatedly was the need to collaborate and break down silos within their company.

I encourage you to dig into the study, which you can find here. And I will leave you with one final thought. There is an incredible opportunity for today’s finance leaders to embrace their new role as strategic CFO and gain the visibility, control, and insights they need to not only show their CEOs the money, but also tell them where it’s been spent!