What Every Entrepreneur Ought to Know About Acquisitions 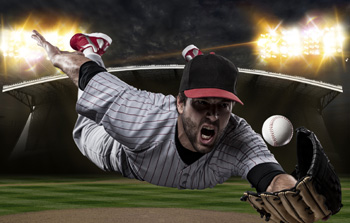 Companies make acquisitions for many reasons. For a high-growth company, I think the best reason is to grow faster. You can gain access to talent, speed time to market and snap up innovations that allow you to command a premium price.

But don’t let the dollars signs in your eyes blind you to reality: Between 70-90% of acquisitions fail. Why? “Almost nobody understands how to identify targets that could transform a company, how much to pay for them and how to integrate them,” say business authors Clayton Christensen, Richard Alton, Curtis Rising and Andrew Waldeck writing in the Harvard Business Review.

Acquisitions may be complex, but the underlying basics are simple. I made my first acquisition for $2,000 when I was 14, and I’ve had the pleasure of leading four more as CEO of Coupa. There were more zeros on the end of the later ones, but I think that the key elements of a successful acquisition strategy were captured in that first one.

The deal was this: My friend and I had a growing business selling baseball cards; the kind you used to get in bubble gum packs. Our strategy was to create prebuilt packages of the most collectible cards. For example, we would package a rookie card from each of the three gum companies - Fleer, Topps and Donruss - in a three card plastic sleeve and sell the set for $5 more than we’d get selling them individually. We were reliably making about $300 a weekend at collector shows doing this.

One day, at an uninspiring show at a motor lodge on Long Island, we came upon a dealer that wanted to get out of the business. We looked his inventory over and offered him $2,000 for all of it. He agreed; his only negotiating gambit was to keep a few items, including a memorable Dwight Gooden rookie card.

I called my mom from the pay phone and asked her to bring me a check for $2,000. It was a lot of money for my family at the time, but we were able to pay her back in two and a half months because the acquisition was a success. Here’s why.

First, we were building on a business that was already successful. If you don’t have that, you shouldn’t acquire anything. You need funding and the backing of your board (or parents), and your core business model has to be working. It’s a mistake to think an acquisition can fix something that fundamentally is not working. All it will do is accelerate failure.

More Than the Sum Of Its Parts

The second element is that the value of the combined business must be worth more than the sum of its parts. One plus one needs to equal more than two. It can't just equal two; that's not worth all the other risks that come with acquisitions.

The core competencies of the acquirer and the target company should complement each other, with minimal overlap. So should their strengths and the weaknesses. Can they be more together, not less?

In the baseball card acquisition, what that guy had was a lot of good inventory that was under-leveraged and under-marketed. We were good at leveraging our inventory and marketing it. We could move as much inventory as we could get, but we were busting our tails going from bodega to bodega buying up all the wax packs we could. Adding this much valuable inventory in one fell swoop was a real accelerator for us.

Can It Be Negotiated?

The third piece of the equation is can you negotiate a deal? Can you work together to find a zone of potential agreement?  If the other party won’t come to the table, there’s no deal.

We were pretty sure from listening to this guy all day that he would be happy to negotiate if we could come up with a plausible offer. It was a pretty easy negotiation because all he wanted was to get out of the business without losing his shirt, while keeping a few favorite cards. But if he had said no, we would have kept trying until we found someone else, because we were ready.

Can You Integrate It?

The last and biggest challenge of any acquisition is integration, and it has to be considered from the outset from the perspectives of product and people. You’ll do yourself a big favor by choosing a target where the integration challenges are not too difficult.

The product should enhance your core offering without breaking the existing structure, and start to add value relatively quickly. Crocs Inc.’s acquisition of Jibbitz, a maker of decorative snap-ins that let you personalize your Crocs is a perfect example of that.

People are the bigger challenge. The people at the company you’re acquiring and they should have a similar culture and set of values to your own. If the people have a strong connection and a common vision of the future, most challenges will be surmountable. We looked at hundreds of potential acquisitions at Coupa, and rejected most because of the lack of cultural fit. The companies we did acquire had cultures similar to ours—innovative, fast-paced and entrepreneurial.

Then, you need a merger plan that allows you to recognize the value. With our baseball card acquisition, we only had to worry about product integration. There was never any question of acquiring the dealer himself; there was no cultural fit whatsoever. Our plan was to integrate his inventory into our existing inventory of about 100,000 cards and make sets. We spread out our cards all over my parents’ living room, pulled a couple of all-nighters and got it done.

Stick To The Basics

I may be oversimplifying things a bit, but keeping it simple is exactly the point. It seems that key elements of every business are captured in that baseball card business: Products, customers, distribution, supply chain, and HR, even though HR was just the two of us arguing over how much we should charge, who's going to go get the cards this week, and who’s going to handle the money. We didn’t have a board of directors, but we had our parents looking over our shoulders.

The lesson I learned is simple and timeless: Don’t get lost in the complexity and lose sight of the basics. There is clarity in the basics. Everything is in the basics, and acquisitions don’t seem to be an exception.

This article previously appeared on VentureBeat.com