Why e-Invoicing is a P2P Project in a Paper Disguise 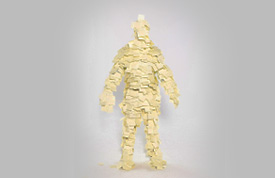 What constitutes success for an e-invoicing project? Seventy-five percent of all inbound paper invoices delivered electronically within 24 months. But it’s not all about eliminating paper. If you look at it that way, you are likely to fail.

By that definition, fewer than 10 percent of the 300 e-invoicing implementations in which I’ve served as compliance manager over the past 20 years have achieved success. I’ve seen the accounting departments of many companies embark on an e-invoicing project with an ambitious goal, only to realize not long into the journey that their plan contained a fatal error and as a result, they did not have the people and resources they needed to reach that goal.

So, they retreated to half measures--scanning paper invoices with optical character recognition (OCR) software. That’s not e-invoicing. It’s a digitized paper process with the actual paper hidden elsewhere. It is successful to the extent that project owners can say they got the paper out of the process, but it does not deliver the same benefits of getting to 75 percent or more invoices exchanged electronically, namely, a closed audit trail that makes compliance, and closing the books, faster and more accurate.

What was the fatal error? When you look at e-invoicing through the lens of compliance and audit, we can clearly see that it is a P2P project requiring collaboration between accounts payable and procurement, and buy in from the chief procurement officer and the chief financial officer to be successful. You may even need to involve the chief compliance officer because in the end, /they are accountable and responsible to protect the company.

Based on the lessons of these earlier failures, companies are beginning to approach e-invoicing as a procure-to-pay (P2P) project, and new technology solutions are emerging to help support a fully integrated process.

The Wrong Business Case
To be fair, e-invoicing was initially marketed as accounts payable automation to get rid of paper and possibly headcount. That is what the solutions were capable of. But only looking at it from that perspective meant the business case was wrong from the start.

We tried e-invoicing this way for many years and found that unless you can get to a very large percentage of invoices that are tied to purchase orders, you're never going to optimize your organization to the extent necessary. If you have different systems handling those items, it is very challenging to make sure that there's synchronization between them to manage the process from end to end.

The Third Man
There’s a third stakeholder here that also must be considered: The supplier. For many years both procurement and AP completely ignored the supplier perspective. They didn't really care that suppliers had to connect to two different systems. They simply assumed that they could mandate participation and it would happen. That was, for a very long time, an accepted approach, but many suppliers refused to comply.

Dire Consequences
The consequences of this approach were dire. For example, I worked on one project where the client pre-paid $1.2 million for three years’ worth of electronic invoices (that was how they were sold at the time).

They were a very big company, so that did not seem unreasonable. They just wanted to get the project launched, and they didn't involve procurement at all. They proudly presented us with a list of 82,000 suppliers to onboard. It seemed like a very big number, but they insisted it was correct.

Four weeks into it, everything went south. Every second supplier call went nowhere because the supplier either didn't exist anymore, or was no longer doing business with the company.

Perfect Information
Another thing that commonly happens when AP does this alone is that they put too many validations in front of the suppliers when they move from paper to electronic. They believe the golden path of e-invoicing success is making sure there cannot be any mistakes on the invoice.

You can easily overdo this. I remember one project where the company put so many validations in place that they were rejecting more than 80% of inbound invoices.

That created a lot of friction with the suppliers because they were not getting paid. They were escalating to procurement because of the mess. The CPO wasn’t happy because suppliers stopped supplying. The CFO wasn't happy because without invoices coming in, they couldn’t manage cash. You can see how both of these parties are impacted, so both need to be involved.

When you have procurement and finance working together, these things will not happen because, before you touch your suppliers, you will get to an internal agreement between AP and procurement about how far to go with validations in the beginning. And, you will have a communication plan to help suppliers understand why you’re tightening controls and what they need to do.

The Common Element
I’ve also seen cases where, because they weren’t involved in the project, procurement refuses to release the supplier data to AP, or they do it in a slow and carefully controlled manner.

No matter what the reason, these examples underscore the root cause of many e-invoicing project failures: Suppliers aren't participating and the enrollment figures aren't there. Process improvements aren't materializing because they have disregarded the procurement piece.

The business case turns sour. They promised to get rid of paper, so they implement scanning and OCR to make it look nicer. Suppliers can keep mailing their invoices, and that eliminates the need for their participation. They tell the boss, "No paper anymore," but really the paper is showing up at a different address and you're paying an external service provider for working with it. This is where many organizations sit today.

Setting it Right
So how do we do e-invoicing right? We can take a cue from the company in my first example. When they hit the wall with their 82,000 suppliers, at the behest of the CEO, the project leader brought in the CFO and the CPO.

Together they drafted a letter that went to every single affiliate worldwide explaining the project and each person’s role and responsibility. There was one voice to the supplier with the proper communication and requirements.

Within the first four months, they transitioned 65 percent of their paper invoices into electronic invoices. The project turned from absolutely nothing into a very successful project.

The Paper Disguise
Looking back at the early 2000s, the big idea with e-invoicing was to replace paper. We tried it, and it didn’t work because that business case was fundamentally wrong.

That is why now the mindset is changing. People are starting to understand that they cannot look at e-invoicing in isolation. They must look at it in the context of P2P. We are now moving away from pure e-invoicing projects to P2P projects.

What’s falling into place is that the procurement solutions are building capability around proper e-invoicing compliance, becoming as powerful in e-invoicing as they are in procurement. There is huge benefit of having one service provider for P2P instead of consolidating your results across many different systems, one that goes far beyond establishing an efficient paperless process.

The real benefit is a closed audit trail from the point where the buyer raises a requisition to the point where the invoice is approved for payment. This sets the stage for among other things, real time reporting, improved cash management, automated compliance and a faster close.

Like the company with 82,000 suppliers, we can learn from past e-invoicing failures, and get it right the second time around.