Why Tax Compliance is an Attitude, Not a Role 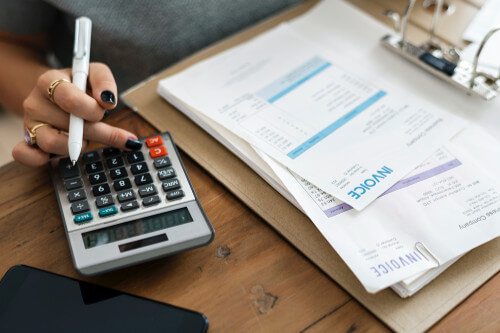 For the past 20 years, I have been a passionate evangelist for e-invoicing, which may seem like an odd thing to feel passionate about. One of the reasons is that I’ve been involved since the very beginning. I was working as a technical writer on documentation for mechanical types of things when I was tapped to write the documentation for a consortium of Swiss banks that were embarking on a collaboration with Switzerland’s taxing authorities to create legal standards and protocols for accepting electronic invoices.

Witnessing the birth of something new always creates an emotional connection; on top of that this was a perfect challenge. As a tech writer, your goal is to make complex things understandable. This project, sitting at the intersection of VAT rules and regulations and enterprise business process automation was complexity squared. As I came to understand both topics, I could see the great possibility for e-invoicing to make global trade so much more efficient, thereby changing the world.

I also came to see the work of tax compliance professionals as strategically important. These people must gather data on every part of the business. With the visibility that e-invoicing would provide, they could spend less time gathering data and more time providing insights to leadership to improve the operations of the business.

I and everyone else working on this at the time thought that e-invoicing would catch on quickly. We had the technology, and now we had an agreement, worked out by some of the world’s leading banks, to make electronic invoices acceptable to the Swiss government. We thought that other governments would use this as a template for e-invoice acceptance, and that companies eager to get rid of paper processes and reap the benefits of e-invoicing would hop on board.

Naivete Squared
We were quite naïve. In hindsight, our lens was too narrow. We underestimated the magnitude of change this would require within companies. Processes upstream and downstream from the invoice would have to change as well.

And, we also failed to correctly recognize what kind of pain it would take to drive such change. To make such a sweeping process change within an organization, there has to be deep and widespread pain. But, over the years, most companies had cobbled together an invoice process that “worked.” The only companies that really felt a lot of pain were those that got into trouble with the taxing authorities.

Absent that kind of trouble, it’s my observation that businesses tend to have a laissez-faire attitude about tax compliance. They’re struggling just to process the invoices and get everyone paid. They often weigh the investment in tax compliance against the likelihood of coming up against an audit. They look at it as a calculated risk.

Deciding not to invest in proper compliance with tax laws is not a calculated risk. It is a decision to cut corners and hope that you don’t get caught. It is my opinion that any business leader that makes such a decision should be shown the exit immediately. That may seem like a strong statement, but this decision puts individuals with fiduciary responsibility at legal risk and opens the entire enterprise to financial and reputational peril.

In companies where this attitude prevails, the compliance team are treated as business blockers. They sit in the corner and wait for people to come to them, which they do only when something goes wrong. A lot of companies don’t even have a compliance person focused on taxation. If they’ve never felt the pain of an audit or the sting of back taxes and penalties, getting tax compliance exactly right is not a high priority.

What Governments Care About
Who really cares about tax compliance? Governments. With government resources being scant in most countries, many companies have long gotten away with doing things improperly or even fraudulently. The tax gap, the difference between the amount of tax owed and the amount collected, has been costing governments around the world billions of dollars. But the tables are turning.

Mexico’s success in narrowing their tax gap with a mandatory e-invoicing clearance model, in which every invoice must be cleared through the government, opened the eyes of governments around the world to the revenue collection possibilities of e-invoicing.

The only thing stopping more countries from adopting mandatory e-invoicing was the belief that the EU would come up with a pan-European legal standard for e-invoicing. Now that this hope has been abandoned, I believe we will see countries across Europe mandate e-invoicing in relatively rapid succession, starting with Italy in 2019. France and Spain are likely to move forward with mandates soon; France already has a mandate in place for business to government e-invoicing by 2020.

This will be painful for many companies. Italy has done an admirable job of communicating the standards, yet by the looks of it many companies are going to be caught without processes and systems in place to comply with the new law.

Governments don’t care about companies’ processes and systems. They care about getting the money they are owed. Even in the US, where there is no VAT and it has long been believed that the size and complexity of the market would make a mandate impossible, business to government e-invoicing is now mandatory. With the latest US tax gap study showing a $458 billion shortfall, one has to believe that the IRS will be keeping a close eye on the success of e-invoicing mandates elsewhere.

It is time to for companies that do business globally to staff tax compliance roles properly, work with tax professionals proactively, and invest in the right tools to support them. More importantly, it is time to change attitudes. Mandated e-invoicing will yield visibility into troves of data on business operations. Governments will be using that data to meet their revenue goals. Businesses should seize the opportunity to do the same.