She is an executive sponsor of the Coupa Executive Advisory Board and an inventor with multiple software patents. 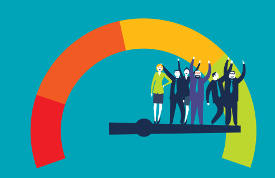 Over the past several years, zero-based budgeting has been enjoying a renaissance of sorts. In contrast to the traditional budgeting process, where managers take historical budgets as a starting point, and add or cut by a percentage depending on the business climate and the company’s goals, with zero-based budgeting, all budget lines essentially start at zero and expenses are justified anew for each budget period.

This concept was first introduced in 1970 by Pete Pyrrh, then an accounting manager at Texas Instruments, as a way of allocating resources more efficiently by tying expenditures to results. ZBB had its moment when Georgia governor Jimmy Carter asked Pyrrh to manage the state’s budget process. Then, in his 1976 presidential campaign, Carter promised to apply ZBB to the federal budget to deal with the financial crisis that plagued much of the Western world during the early ‘70s. The process proved to be complicated, time consuming and did not achieve the desired results, and was abandoned during the Reagan administration.

According to research by Deloitte, the current comeback was initially spurred by the 2008 recession, when companies quickly had to cut expenses to the bone. But now, ZBB is being embraced by multinationals such as Heinz, Unilever, and Diageo to control costs and find cash to fuel growth and be competitive in the digital world. Per McKinsey, the number of companies mentioning ZBB on earnings calls went from 14 in 2013 to 90 in 2015.

ZBB is also being embraced by private equity firms and venture capital funds who see it as a way to systematically manage portfolio companies, and get management teams to think harder about how they invest shareholder funds.

The mindset is not so much about making draconian budget cuts and more about focusing on results by tying spending to top level strategic goals and measuring outcomes against those goals as a way of justifying expenditures.

More than a budgeting process
Why is this happening now? Pressure from global competition and from digital businesses continues to increase, so companies are looking for every possible competitive advantage. They are recognizing that just focusing on the revenue side of the house is not enough. The idea is to really scrutinize spending in the context of value, instead of just doing rote increases annually.

We've all seen budget processes where the status quo goes unquestioned, and there’s an attitude of, "We've been using this product or service for so long. Let’s just renew." But questions should be asked, such as "is the product or service still being used?" And, if it's still being used, “how is it being used?” And, "are we paying the right price for it? Or have conditions changed? Are there newer, better alternatives? Can we bring it in-house?"

Really, it’s more than a budgeting process. It’s a results oriented way of running a business, and that’s how people are looking at it now.

Changing the mindset
You can see how ZBB would take more time, especially the first time around. You can also see how people could rail against it because it seems like everything is on the table and their performance and judgement are being questioned. And, if you approach it that way, it’s going to be challenging. You have to look at it, and position it, within the context of supporting the strategic goals of the company, and making sure spending is in alignment.

Executed well, this should make leaders stronger, and the company stronger, by improving results. As with any type of business change, to execute well you need to have a change management program supporting this shift. Companies that are doing this now are approaching it as a multi-year process, starting with one area of the business--as Unilever did with marketing--or one geography, and then rolling it out across the organization.

A forensic level of visibility
You also need the right tools in place. ZBB requires a “forensic” level of visibility into spending and budgets. Historically it has been very hard to roll up data on spending through procurement, spending that is invoiced, and spending that is expensed, and to get it all properly categorized and aggregated to get the complete view of spending. Comprehensive spend management solutions that have a very high degree of user adoption such as Coupa solve that problem, making it much easier to implement ZBB. We simply didn’t have these kinds of tools back in the ‘70s.

As you execute, you also need policy controls in place to keep people within the rails and to get them in the habit of getting pre-approval for their spending. One of the problems historically is that controls were weak. People worked around the systems and and the spending data was of poor quality.

Back in the 70s, we didn’t have the cloud, which provides real-time visibility into all spending and how you’re tracking against budget. And we didn’t have any concept of user experience, of making spending systems easy to use so that they would be used, by everyone in the company, no mandate required. Making the system easy to use goes a long way toward helping people shift to requesting approval first instead of after the fact. Unfortunately, as I travel around the world, I see that many companies still lack effective controls because their technology solutions are too difficult for most people to use.

ZBB won’t succeed if systems slow people down, and or lock them in. There will be ongoing budget changes as the business changes throughout the year, and control activities may change as well. Maybe you'll add approvers or you'll reduce approvers, but it's going to be more of a fluid model because you're continually evaluating your goals to how the business is doing and possibly needing to make changes along the way. You need the agility to make the changes continually as needed to budget.

A new operating model
ZBB is really a way for the finance organization to build an operating model that’s based on making sure you’re getting value from all of your spending, and you’re delivering results in every part of the business. That’s what companies are starting to recognize, and embrace.

By approaching it through a lens of cultural change, and enabling it with tools that give you that visibility, control and the ability to accelerate decision making, ZBB 2.0 can work for many organizations this time around. If you have the right system in place, all the data, approval requests, and justifications, will be at your fingertips, and once the culture is established, the process should get easier and easier every time.