Jack is an advisor known for his experience developing and executing business strategies and his ability to deliver operational excellence in functions which typically under perform in most companies. He has lead procurement teams in both the public and private sector and is a member of Coupa's Visionary Council. 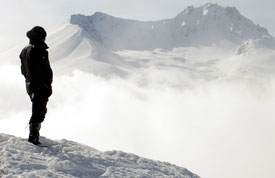 Integrating procurement and accounts payable is not a new idea. It’s been discussed for as long as I can remember, both in the industry in general and in companies at which I worked. About 20 years ago, there was a big push in this direction, and there were a few companies that went out and did it, but the trend never took off.

This is an idea whose time has come. It makes total sense, but there are three main challenges: Technology, governance and people. The first two are now much easier to address than they were 20 years ago. The biggest challenge is people, and organizational change, and that takes leadership. Companies need a highly skilled Chief Spend Officer to lead this transformation.

Why do this? When accounts payable and procurement come together, you get all the goodness that people talk about, and justify systems on: Buying on contract, streamlined processing, timely payment of invoices and the ability to capture early payment discounts.

When you have them segmented, processing is slower and more error prone. The company doesn’t realize the full value of what procurement has negotiated, and sometimes they even stop negotiating because they know the organization can’t deliver on the value proposition. And there’s a lot of money on the left on the table from this fragmented way of dealing with operations.

Falling Down on Separation of Duties

When companies were trying to unify procure-to-pay 20 years ago, governance was one hurdle where they fell down, specifically separation of duties. The prevailing argument was that the people who were buying the stuff should be kept separate from the people who were paying for it, because there was the potential for collusion.

That never made sense to me. If you understand the way each function works and you have the right business processes in place, the risk of having a problem with the two functions together is probably no greater than if they are separated. If somebody wants to steal, they're going to find a way.

Today, technology not only can manage the business processes and validate invoices, it also creates an electronic audit trial. That’s important because most fraud gets found when somebody’s digging around. Fraud can still happen in an automated environment, but it takes a higher level of collusion and it gets found and stopped a lot faster.

Another hurdle was that we did not have technology systems that supported straight-through processing.

When I was CPO at Travelers Insurance, we were inching toward unifying procurement and finance, but the only reason we were able to even consider it was that we had a home grown procurement system that captured data on what was going to be purchased and fed it into accounts payable. It was an ugly blue screen thing, nowhere near as sophisticated or easy to use as today’s procure-to-pay systems, but we had people who understood it and could manage it. However, the company got acquired and the initiative fell by the wayside.

Today, procure-to-pay technology brings unified straight-through processing within reach of any organization. The only thing that’s left is to unify the people. That’s where the Chief Spend Officer comes in.

As Unique as Snowflakes

Then as now, there’s a tendency for businesses to believe that every function is like a snowflake. They focus on their differences instead of commonalities, and compartmentalize each function. Many times these departments fall in different buckets. AP almost always reports in to finance, but procurement may or may not. They may report into operations, or even HR. If procurement reports into finance, you’re one step ahead of the game.

Still, there’s a person running procurement and someone running AP. They’re at equal levels, so when you bring this idea up, they start looking at each other like one of them’s got to go, which is not necessarily the case. I’ve always found that if you have valuable people and you do right by them, you can work these situations out. If you look at why companies sometimes don't do things that seem to make sense, often what it boils down to is: they can't figure out organizationally how to make it work, or they can figure out how to make it work, but they lack the courage to do what needs to be done.

There are probably six or eight people that have to get into alignment -- a travel manager, an AP manager, a procurement manager and their bosses, and maybe some of the folks in IT. That’s a big challenge right there.

That’s one reason why courage is one of the top traits needed in a Chief Spend Officer. This is big change, and you need somebody with the knowledge and experience and courage to pull the business units together, to deal with people with integrity and high ethical standards and get the job done.

It doesn’t really matter where the Chief Spend Officer comes from—or what their title is for that matter. They probably have spent some time in procurement, but they might also come out of operations or finance. The main thing is that they have credibility in the business. They've earned respect, they've demonstrated that they can add value and can help the businesses do business.

They’ve also got to be highly collaborative. They have to be capable of sitting at the table at the executive level, not just in the "Gee, we really want people to include us” sense you hear so often in procurement circles. You have to already be there. This is a senior leadership role.

I always had excellent relationships with finance, but I never had the whole thing pulled together structurally and that’s clearly the way of the future. One, it's desirable. Two, there really are reasons, other than political ones, standing in the way of bringing these processes together. It takes some leadership to bring the people together, but it’s certainly possible. And the benefits are well worth it.