Procurement Strategy: If It Ain’t Broke, Don’t Wait Until It Is 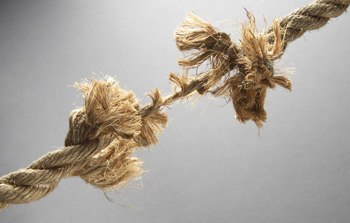 The common wisdom is that when a company gets to between 700-900 people, that’s the right time to start working on getting spend under management. When I started as Global Head of Spend Management at Coupa in January, the company had just 300 employees. When I told colleagues and former coworkers about my new job, most said congratulations, quickly followed by, "Wow, that's really early for a procurement organization to get started."

The thing is, that’s not too early. In fact, in a perfect world, you could get started when you hit the 100-employee mark. Why?  Because by the time you get to 700 people, it’s too late. Things are already breaking down. People are starting to feel the pain, and issues are popping up on executives’ radar.

When Cleanup is Job One

That makes it easier to make the business case for procurement, but it makes it a much longer path to reaping the benefits. At that point, you’re bringing in someone whose job ends up being to clean up everything that's broken, not the sourcing and other strategic activities outlined in the job description.

Since there is a 100% chance your company will have to develop an effective process by which they manage spending, why let that break before you do anything about it? Why start with a P2P “transformation,” which is really just code for “something’s broken that needs to be fixed?” Why not build a foundation for success from the get go?

I’ve been that guy who comes in to clean up the mess, and it’s miserable. The CFO wants savings commitments. Procurement comes in thinking that they're going to be doing strategic sourcing, and working toward becoming a trusted advisor and developing a more nuanced approach to spending money.

What really happens is, they come in and they're stuck in operations trying to fix things. The company isn’t getting the strategic value they wanted. In reality, there’s likely two years worth of tactical, operational work to do to get to that point.  How can you source strategically if you don’t know what you’re spending?

It seems obvious you should start on this when you’re much smaller. The pushback is that in the early stages of the company, the main focus is on revenue and chasing new business. Why bring in a new headcount to focus on something that isn’t yet even on the CFO’s radar?

Instead, most companies focus on what is on their radar: the need to pay invoices. They set up an AP department and put just enough of a process in place such that they can pay suppliers. Despite the best of intentions, it very likely ends there too, and it snowballs from that point to the 800-person company where the supplier data is messed up and you have broken processes and very little control. If an auditor looked at your books, you'd be embarrassed at the least or maybe suffer more serious consequences. You may have compliance issues, and you’ll have a lot of cleanup to do before you go IPO, if that is in your plans.

By the time you get to one or two hundred people you should have somebody looking at how the source-to -settle process is going to grow into a spend management program. Maybe it’s not a full head count. Maybe it’s a consultant, or part of someone’s job.

Yes, there may be other budgetary priorities, but there is usually some discretionary funding available. Forego the Aeron chairs and the artisanal coffee. This has to happen and it’s a lot less expensive and less disruptive to start early.

I’ve done cleanup where there were 600 suppliers that had been paid in the last year or so. Cleaning that data took a couple of days and we did it all in house. That’s manageable.

I’ve also done cleanup where there were 12,000 suppliers with no processes in place. We had to have an outside firm come in with several people who spent six months on it. That's just one example of how you could have already more than paid for that consultant or head count by starting earlier..

This is a need you will have. It doesn't matter if your company wants to rule the world or not. Scalability is not a huge concern, if this is done with growth in mind. The processes are more or less the same for a 100-person company to bring on a supplier as for a 100,000-employee company. Be proactive, not reactive. Bring in somebody to help set up all of the interconnected systems and processes and policies, and make sure the policies are reflected in the processes. Then nobody will need to come in and “transform” it because it will just work.

This article previously appeared on the Procurement Leaders blog.