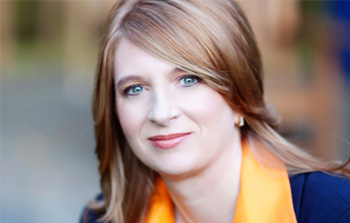 Collaboration and innovation are areas where businesses are always striving to do more.  The term “Vested” refers to a business model and methodology for creating collaborative win-win business relationships in which both parties are equally committed to each others’ success. It grew out of the University of Tennessee’s Center for Executive Education and is led by researcher, author and faculty member Kate Vitasek. A new book from Vested, “Strategic Sourcing in the New Economy: Harnessing the Potential of Sourcing Business Models for Modern Procurement” was released this month. It details how to create the powerful cooperative alliances necessary to innovate in today’s business environment. We had a chance to talk to Kate and get a preveiw.

Coupa: You’ve said that supplier innovation has never been more important. Why is it such an imperative now?

Kate: It’s always important, but during the recession people stopped investing in it. An economist named Robert Solow studied the economic growth of organizations and what he found is that they grow from innovation. About 87 percent of economic value for an organization comes from innovation. So if you don't want to grow your company, the quickest way you can do that is not to invest in it.

During the recession, big companies with good brand names sent out letters to their suppliers and said, "I'm cutting your price by 20 percent. Sorry. And I'm unilaterally telling you that I'm now going to pay you on 120-day terms." Those suppliers now aren't motivated to make investments in those customers.

The impact of that atrophy is coming out now and innovation has now been put on steroids. My first book came out in 2010, at the height of the recession and no one wanted to listen because they were all sending out these letters to stretch out their suppliers and cut their costs. But now they're all saying, "Wow, that was such a short sighted move."

Coupa: How can companies get their innovation mojo back?

Kate: Buyers have to articulate their problems so suppliers can customize what they are doing to solve those problems. The more we standardize the procurement process and commoditize what we buy, the less the suppliers are able to drive innovation.

Buyers tell suppliers, "Okay put in your specifications in this box in 150 characters or less so we can buy your apples." So they buy apples, but what they really had was a problem that a supplier might have been able to look at and say, "Well, you really needed an orange, and you really needed a banana."

Now here's the flip side. I’m a supplier out there trying to sell oranges and bananas and getting frustrated because buyers don't get it. It's like we're not having the same discussion. We're having a buy/sell discussion, instead of a problem, collaborate, innovate discussion.

Coupa: Sounds like we have to change some of the thinking around the procurement process.

Kate: Yes, but selectively. Not all of your suppliers are going to be in that bucket that could hit a home run with innovation. Another thing I think we do wrong is apply best practices across the board instead of finding a best fit solution. I think a real weakness today is everybody saying, "supplier collaboration," and it's not for everything.

You have to start thinking about your suppliers differently than you do today. Then, once you segment them based on value creation, not on how much money you spend, then you would actually align your entire procurement process around that. That’s what I talk about in the book.

Coupa: What we see is that customers have some grasp of collaboration, but because they’re using systems where suppliers have to pay fees or transact through a portal, everything outside of that top 10 percent of their supply base is neglected. So they might be missing opportunities.

Kate: I would agree with that. A lot of innovation actually comes from the smaller suppliers. But yet, when we leverage and bundle and consolidate, you've just whacked out your small supplier.

Coupa: What role do you think business systems play in supporting innovation, or at the very least not squashing it?

Kate: Software companies are saying, "I've got this entire collaboration platform,” but it’s only portal so that buyers can pay suppliers and shop for suppliers.

That's not a bad thing at all. It's just incomplete. Enabling an easy buyer/supplier connection is not collaboration. But without being able to see what suppliers are out there--and electronically is the best way to do that--it's harder to drive to collaboration. You have to identify that little guy before you can have a different discussion with the little guy.

Coupa: Is the issue with the way organizations are segmenting suppliers?

Kate: The names aren't wrong at all. The problem is the guts of those relationships are wrong. I say I have a strategic supplier, and I want a business outcome, yet I've bought a transaction.

We have perfected the art of buying. But not all deals should be just buying and selling. There are a lot of buyer-supplier relationships that should look more like a joint venture where they’re collaborating and driving innovation. They’re co-creating and sharing the value. That’s what’s at the heart of the Vested model.