Contingent Workers, Business Agility, and The Great Mystery of the UK’s Productivity Crisis

Suhas Sreedhar is a writer, journalist, and content marketer who loves telling stories about complex ideas to make them digestible. He also really enjoy storytelling through different media like articles, infographics, podcasts, videos, and interactive apps. 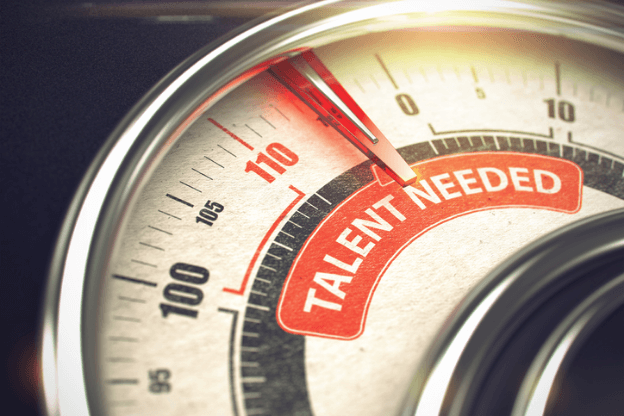 Just 8 years ago, we were under the heavy shadow of the global financial crisis. The unemployment rate soared, nearing 10% in places like the US and the UK. Today, it hovers around 4%, historically low territory.

But as labor markets tighten, economists, particularly in the UK, have found something else to worry about—labor productivity just isn’t what it used to be.

A Productivity Problem? Or an Agility One?
Labor productivity has traditionally been considered one of the metrics of a healthy, growing economy with improved quality of life. It’s a simple formula—take total output (GDP) and divide it by the total number of labor hours worked.

That productivity figure, over time, should increase steadily. As better technology, more capital, and greater skills help workers, people should be capable of producing more during the time they work.

There are complex factors involved as to why productivity in the UK is low. The Financial Times delves into several of them, including a preponderance of unproductive companies, low-skilled labor, and fewer layoffs. These myriad factors likely mean that there won’t be a single, silver bullet solution to the UK’s productivity puzzle.

As British companies seek to remedy their productivity issues, they will need to focus on being agile and creative to increase their output per labor hour. And one of the most promising areas for labor creativity is the contingent workforce.

The Value of Contingent Workers
Companies today have the ability to bring in highly skilled contingent workers on a temporary basis to boost productivity, if they do it with the right strategy in place.

At a time when unemployment is low, yet productivity is also low, agile combinations of permanent and contingent workers could provide a path forward for companies to increase output.

One of the keys to doing this effectively, however, is to be able to measure the value of contingent labor, dynamically. How much does a contingent worker cost? How much do they produce? What are the right situations to deploy contingent workers vs. full-time employees for maximum benefit? How do you measure performance and success? How do contingent workforce budgets interplay with other expenses and strategic spend?

As with so many necessities for business success today, understanding these relationships requires collecting good data, and using it effectively to make smart choices. As technologists in this area, we at Coupa look forward to helping you solve these issues. We’d love to hear your perspective and discuss these ideas with you at our upcoming Coupa Inspire event in London this November. Learn more and book your tickets here.