Todd Dooley is a member of the Coupa Executive Advisory Board. Todd has 20+ years in a variety of finance and accounting roles at Ceridian, IBM and 3M ranging from auditing, controllership, pricing, financial analysis, financial consolidations, shared services, customer and product profitability, and FP&A systems. 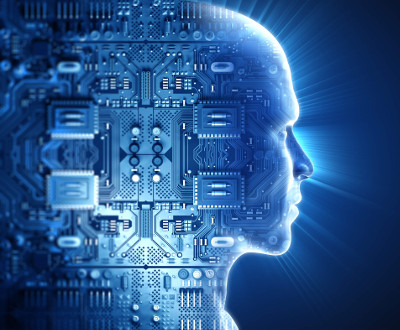 Suddenly, the business world is all atwitter over robotic process automation (RPA), and I am talking to many business leaders who feel like they are behind in adoption. Good news: You’re not.

Like a lot of people and things that become famous overnight, RPA has actually been around for a while. The concept was adopted in many software testing protocols years ago. Its first back office use case was in the credit card business about 15 years ago. Remember when it took two or three weeks to get a credit card? Now you get one in about a week. That's robotics coming through. But, it’s only been in the past couple of years that people in the finance and shared services spaces have been talking about RPA.

If you don’t know what it is, or what to do with it, you’re not alone. I am not a RPA guru; just a practitioner who learned what it takes to deploy it quickly and successfully, and you can too.

What is RPA?
RPA is the next layer of business process automation and digitization. I think of automation as a pyramid with multiple layers. The first level of digitization is ERP. After that come point software solutions to address specific processes outside the ERP. At the third level are APIs, which do integrated data transfer between systems. But, even with those three layers in place, some manual processes remain. This where RPA, the fourth layer, comes in.

Wait, I Still Don’t Understand What RPA Is
The most practical way I can explain what it does is with an Excel reference: You can think of it as an Excel macro on steroids. That’s how it works, although this significantly undervalues what RPA is and does.

Where Can I Use RPA?
RPA works well anywhere you have tasks with repetitive steps and static rules. For example, doing repetitive tasks between systems--log in to this system, copy this cell, log in to this system, paste that cell. Or, making structured decisions--with this cash application exception do steps 1-20 in this order, then post this journal entry.

This kind of work is common in finance (accounts payable, accounts receivable, accounting entries) and HR (hiring processes, payroll, off boarding), which is why we’re seeing so much interest.

How Much Can I Save Using RPA?
Vast amounts of productivity in the last 20 years have come from outsourcing labor via offshoring. But labor arbitrage is rapidly disappearing, and the remaining manual labor in processes hasn’t been fundamentally addressed. With new RPA tools, the power is in the business owners’ hands to drive the next round of productivity to execute processes cheaper, better, and faster.

The benefits will vary by organization and project, but the rule of thumb I generally use is a 3X return on investment. Part of that comes from reduced labor costs, and part from process simplification and standardization.

Do I Need to Fix My Processes Prior to Using RPA?
There are two schools of thought on this. One is to optimize your processes before handing them over to robots. The other is to simply use robots to execute existing painful processes. There is no perfect answer. The latter option allows you to eliminate manual work and realize immediate returns. The former enables you to address underlying process complexity and transform the work. In reality, you’ll probably use a combination of both, depending on the situation.

Robots are People Too!
When deploying robots think of them as people: Each robot will have a unique system ID and will perform a series of defined tasks. So, when deploying robots don’t overlook the impact on controllership issues. For example, when you have people doing tasks in accounting and procurement, you have segregation of duties to prevent fraud, or at least you should. The people that are paying the bills aren’t the same people reconciling the accounts or writing the purchase orders.

You need segregation of duties with robots too, but of a different kind. The robot, by definition, will only do what it's told, so why can’t it have access to all parts of the process to execute its tasks? Well, it can’t make decisions to commit fraud, but the people designing it and developing it could. If the same person did development, QA and put the robot into production and maintained it, there could be an opportunity for fraud. Therefore, you need three or four different groups or people doing development, quality assurance, production and maintenance.

Will Robots Take My Job?
There is a saying that people love change until they are asked to change. Well, robots will change people’s jobs and some kinds of work will go away. But, there will be new jobs for good people. Some people will have newly found time to analyze information and use that to influence business strategies and decisions. At a previous company, for example, one of our managers took the initiative to optimize processes, and that eliminated his job. Because of this passion for continuous improvement and the ability to drive change, he became the team’s process transformation leader.

There will be net new work too. The trick is to find existing associates who can excel at this work. You’ll need people to manage processes and continue to optimize them. You’ll need people to configure the robots. Some of the best configurators are not technical IT experts but rather someone tenacious who enjoys tinkering with technology—such as that person who spends four hours figuring out why they can’t get connected to their home internet. If every change results in a loss of people, people are not going to sign up for change. If you give people an opportunity to grow into these new roles, you are not coming in and saying, "We’re going to eliminate your job.” You are saying, "We're going to eliminate the work and you're going to have an opportunity to increase your skillset and be a part of the future success. We want you to be a thinker and not a doer.” It's a paradigm shift.

Ready, Set, Go
As RPA moves into the mainstream, business leaders need to think about what processes they want to go after, and what value there is in going after them. Think about what you are solving for. Figure out a priority order, how to get projects in queue and resources to manage them.

Think about metrics and reporting and how to not just do one offs, but how to drive scale. Think proactively think about the associates displaced and how they can drive value in the new organization.

There’s plenty of work to do. The big thing right now is to get started.

Todd Dooley, CPA, CMA, CFM, CIA is a member of the Coupa Executive Advisory Board. Todd has 20+ years in a variety of finance and accounting roles at Ceridian, IBM and 3M ranging from auditing, controllership, pricing, financial analysis, financial consolidations, shared services, customer and product profitability, and FP&A systems. Todd was the Director of Global Finance Transformation at Stanley Black and Decker in 2013 and 2014 and SVP of Finance at Ceridian from 2006-2012. Most recently, he served as VP, Operations & Productivity for H&R Block.