A Comprehensive Approach to Spend Management 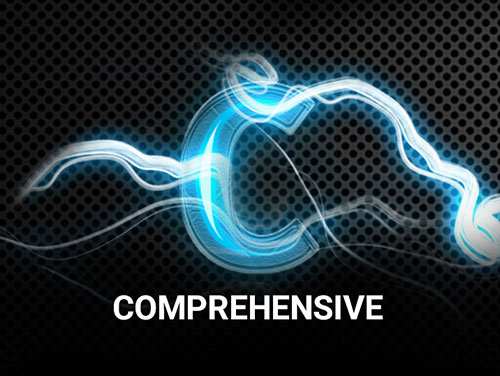 Who is Coupa? What is the value we provide? Where did we come from, where are we now, and where are we going?

As CEO, these are questions I answer frequently, for both internal and external audiences. Earlier this year, in a dream state, I realized that the letters in our company name, C-O-U-P-A, could provide a simple, memorable way to describe who we are and what our vision is: Comprehensive, Open, User-centric, Prescriptive, and Accelerated.

In this post, I’ll break down the Comprehensive part of our vision—where it came from, the progress we’ve made, and how we’ll know when that vision is realized.

Looking back, I can see that I started on this path following my third year in college at SUNY Albany, when I secured a coveted internship at Andersen Consulting. Throughout my career in business, I’ve continually been surprised by how the same people who pinch pennies when it comes to personal purchases also spend liberally when working with corporate budgets and company funds. I first saw this behavior during this summer internship.

I was assigned to work on a project for a big publishing company in New Jersey. I was paying my way through college with the proceeds of my baseball card business, and living at home with my parents on Long Island to save money.

Andersen paid for a car rental so that I could commute from Long Island to New Jersey. I was given a laptop and office space. They allowed me to charge per diems for food, but we ate out a lot, since we were always flying people in and going to dinners at nice restaurants. They paid for me to stay in a hotel a couple of nights a week, when the hours got late and the commute got a little bit crazy.

We reported our expenses using a proprietary system at Andersen, and there were some items that we had to get approved. However, even at Andersen, I saw people finding ways to work around these systems, reporting mileage expenses when they’d spent the night at their girlfriend’s house in the city, or charging per diems even on days when the client took us out to dinner. It seemed like significant amounts of money just flowed, and nobody paid much attention.

At the same time, I became familiar with the internal purchasing processes of our client, the publishing company in New Jersey. They required approvals and a lot of bureaucracy for relatively small purchases. I remember it was a big problem if you needed to reorder something too soon.

In some places, the controls in place were too tight, to an absurd degree. In other places, the controls were overly loose. It didn’t make sense. There was so much inefficiency. Also, information technology certainly wasn't being applied to this very real, company-wide problem.

This was my first introduction to corporate waste. I couldn’t believe what was going on. I remember telling my parents all about it. It really struck a chord, given that we were Russian immigrants who came to this country with a total of $1,000 in our pockets.

I also remember telling my parents I wanted to spend my career trying to fix big problems in the business world using information technology. The problems were interesting, and seemed endless. That was the first time I thought about the spend management space.

About five years after my internship with Andersen Consulting, I was working at McKinsey & Company, consulting with Morgan Stanley on B2B ecommerce. My colleagues were writing reports on technology for spend management—Ariba, VerticalNet, CommerceOne—those were the early players at that time. Everyone believed this would be a huge market, and I agreed.

Then, the dotcom bubble burst. The space lost its luster and almost everyone forgot about it, but I kept it in the back of my mind.

Thoughts about spend management surfaced again five years later, when I worked at Siebel Systems, one of the early enterprise Customer Relationship Management (CRM) vendors. They rolled out a new procurement system, and I used it to buy a pen. I spent $35 on the pen. To this day, I don't know why I was allowed to order that pen. Why does anybody need a $35 pen? To make matters worse, the total cost of getting the pen to me, including my time trying to figure out the system and all the administrative overhead, was probably around $250.

But it made no sense. Where was I supposed to get stuff? Should I requisition it through this convoluted system? Should I buy things and expense them? We had a separate expense management system that worked reasonably well, so that was tempting. Could I pick up the phone and order things, and have them send me an invoice later? How did it work with more complex items such as marketing services, legal services, facilities, and the like?

It was evident that prior attempts to apply information technology to manage corporate spending were subpar, because the same thing I had seen at Andersen, I had seen at every company since. I felt that this problem was not being addressed well by anyone.

In 2009, I found myself at SuccessFactors, which made Human Capital Management (HCM) software. We grew the company from a startup with us all initially working out of the Greylock Partners VC offices, into a well-established public company. I was ready for my next adventure. By then, I had spent time in ERP, CRM and HCM. There was only one core operational enterprise software space left: SRM (Supplier Relationship Management), helping companies spend money effectively. I thought a significant, modern, cloud-based company could be built here, but only if the vision of this company involved managing spend comprehensively.

When I first met the team at Coupa, they were working on an open-source project purely around procurement, with the goal of making something much easier to use than existing systems.

The same principle applies here— corporate spending is a broad problem, so companies will want to “hire” a system that has all the tools to address different types of spend. How will you ever know how much you’re spending and what you have in your bank account unless you look at it in a collectively exhaustive way? You need to understand all your pre-approved spend (procurement), post-approved spend (expenses) and your ongoing invoiced spend (invoicing) together.

Before I got serious with Coupa, I met with some developers and had them scope for me how long it would take to build an expense management application. If I could take Coupa’s open source platform and build expenses and invoicing onto it, and then add some other power tools, we would have the makings of a comprehensive tool to attack the corporate spend problem.

When I became CEO of Coupa in 2009, I handed the team the early functional specifications for expense management, along with a couple of other things, and we got going right away.

We’ve always been committed to an organic, transactional core, built on a single code base, that encompasses all three paths to spending: procurement, expenses and invoicing, but our strategy was to attack procurement first, because it is the most complex of the three. If we could solve that complexity first and in a usable way, we felt that we could apply those lessons to expenses and invoicing.

We've been working on that transactional core for eight years now, and we have hundreds of customers in each of these three areas with hundreds of billions of dollars in spending running through Coupa.

Along the way, we’ve been building out from the core to provide power tools for people that are tapping into that transactional flow for spend analysis, supplier management, strategic sourcing, contract management, inventory management, and more.

We’ve also made relatively small acquisitions where it made sense, always looking for passionate people who would fit with our culture. We sought out folks who have been running at related problems in their own ways for a while, and who thought they could do it better by joining forces with us.

In all cases where we bought companies with offerings in the transactional core of procurement, expenses, or invoicing, we scrapped the acquired company’s original products and rebuilt the best and most impactful capabilities into our core code line. These included companies like Xpenser and TripScanner.

We also sought to accelerate our development in a few niche areas around our platform, and looked for simple plug-in solutions, or simply the talent that has worked on those solutions for some time. Acquisitions here included InvoiceSmash, ZenPurchase, and Riskopy.

In ancillary power user areas around our organic transactional core, we sought to buy companies that were the undisputed leaders in their domains, and where we clearly understood the integration points. These included Contractually, Spend360, and TradeExtensions.

All Areas of an Income Statement

We’ve come a long way, but we are not yet where we want to be in terms of making Coupa a fully comprehensive platform. We see an opportunity to help companies manage spending more effectively in almost every area of expenditure in an organization’s income statement, including categories such as temporary labor, professional services, telecommunications, travel and more.

We see a future when people within organizations will spend company money like it's their own, in an efficient way that reduces risk but doesn't feel bureaucratic and frustrating. That is our vision. We are taking steps every day to build this future, by applying information technology to the long-standing problem of corporate spend management.

Back when I was an intern at Andersen, when I wanted to do my expenses, I would load my CD-ROM with the expense program into my computer and type in my expenses. I would email it in, and I would also deliver a paper file with all my receipts stapled to it.

With the way technology is going, it doesn’t take a visionary to imagine that paper will disappear completely from this process, and from most processes. It’s only a matter of time. At Coupa, we already have the capability to track expenses not just without paper, but without much interaction with the software at all. You initiate a trip, and your phone can intuit from your locations what is happening and pre-populate your expense report, and you can use voice commands to finish it. Already today, I look back at those days of CD-ROMs and paper receipts and say, “I can’t believe we used to do things that way.”

That’s information technology being applied to business problems, but that’s not the big mind shift here. We’ll know we’ve achieved our vision when we stop getting RFPs for procurement systems, or expense management systems, or e-invoicing systems, and instead get RFPs for spend management platforms.

We know that companies want these things working together. They want to see all company spending in one place. They want visibility into one transactional data flow. We're starting to see early confirmation of this mind shift, because we now have hundreds of customers that have subscribed to the whole Coupa Unified Cloud Platform that includes Procurement, Expenses, and Invoicing, along with a host of other ancillary power user spend management capabilities. These customers are literally subscribing to our comprehensive spend management approach.

Ultimately, we’ll know that we’ve fully delivered on our vision when the vast majority of folks look back and say, “I can’t believe people used to think about spending any other way.”