Inspiration, and a Truckload of Money is Coming Your Way

Coupa Inspire starts today, and it’s going to be great, great, great. We’re getting together with about 850 customers, prospects, partners and analysts to talk about something polite people do not talk about: money. But, we’ve gotten a pass from Miss Manners for the next couple of days, so how does $5 billion and $80 million sound for starters?

Five billion dollars is what we estimate customers have saved so far using the Coupa platform. That’s a truckload of money, literally, and it represents what we call Savings as a Service. We can deliver to any business, worldwide.

In fact, you may have seen that truckload of money making it’s way around Silicon Valley, through the streets of San Francisco on the way to its ultimate destination: the Hilton on Union Square, San Francisco for our third annual Coupa Inspire. 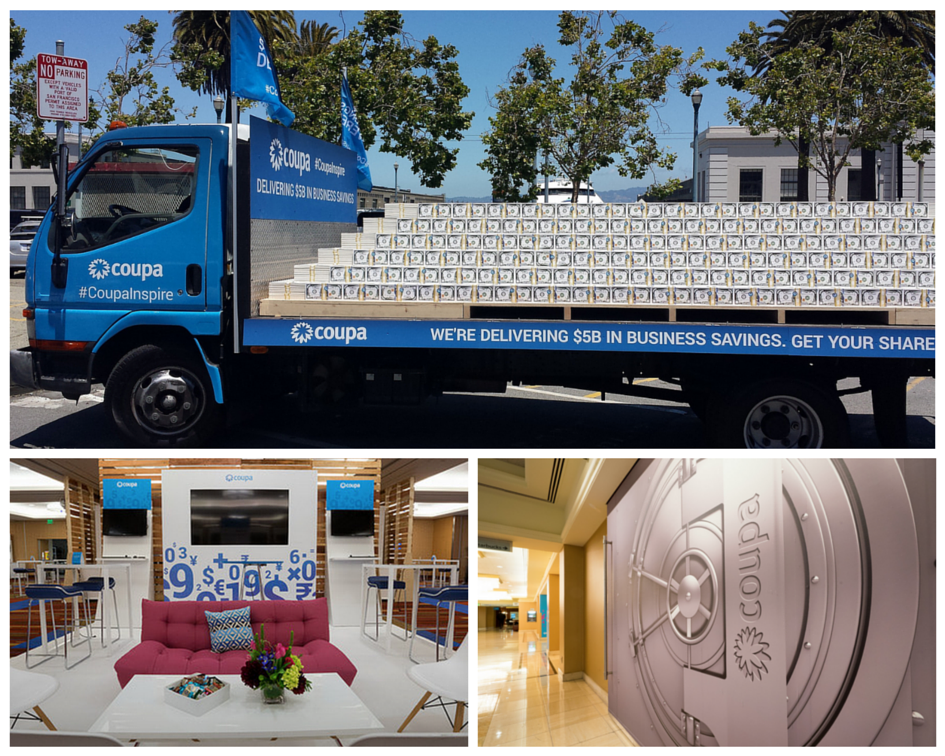 Since we’re throwing social norms to the wind, we’re going to have a bar in the Inspire Hall, and we’re going to keep it open all day. And, we’re going to do something you’ve probably never done at a bar before: math. We’ll be thinking instead of drinking, (we’ll get to that part later) and we’ll have worksheets, calculators and tutors at the ready to help you figure out how much your company can save. 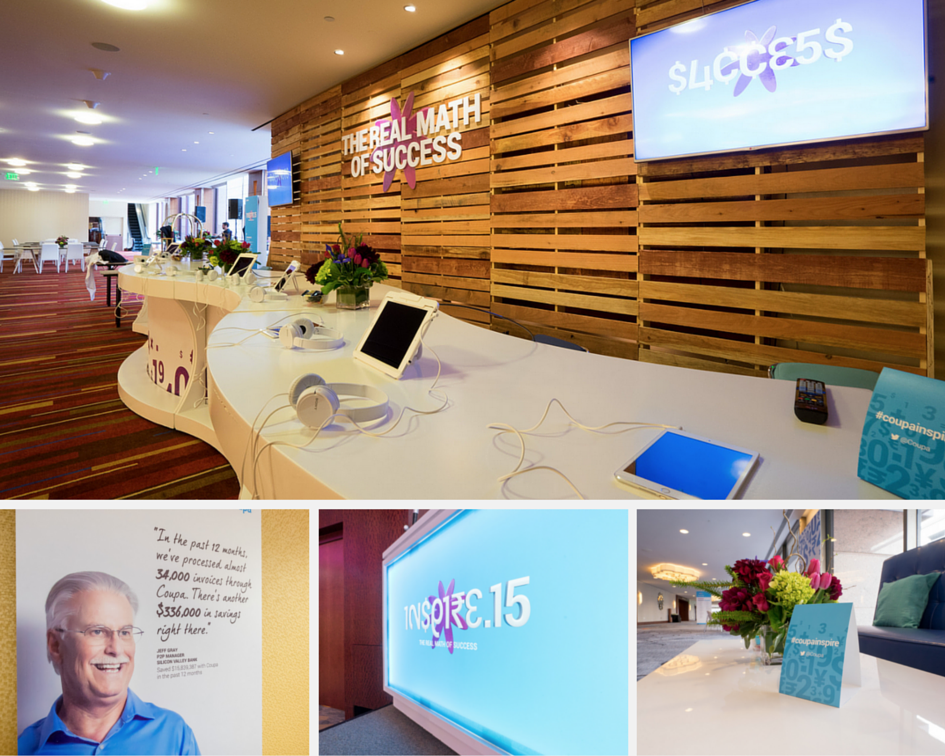 In the morning we’ll get inspiration from Navi Radjou, who will talk about how companies in industrialized countries can take a page from entrepreneurs in the developing world to invent great things out of next to nothing – it’s called frugal innovation.

We’ll kick it all off by hearing from Coupa CEO Rob Bernshteyn about where we’ve been and where we’re heading. That second part should be particularly interesting; on Monday we announced that under Rob’s leadership, Coupa closed an $80 million funding round to further development and global expansion. If you can’t be with us, we’ll be live streaming Rob’s talk here.

And, we’ll hear the stories of customers who’ve done the math and agreed to share how much money they’ve saved with Coupa. 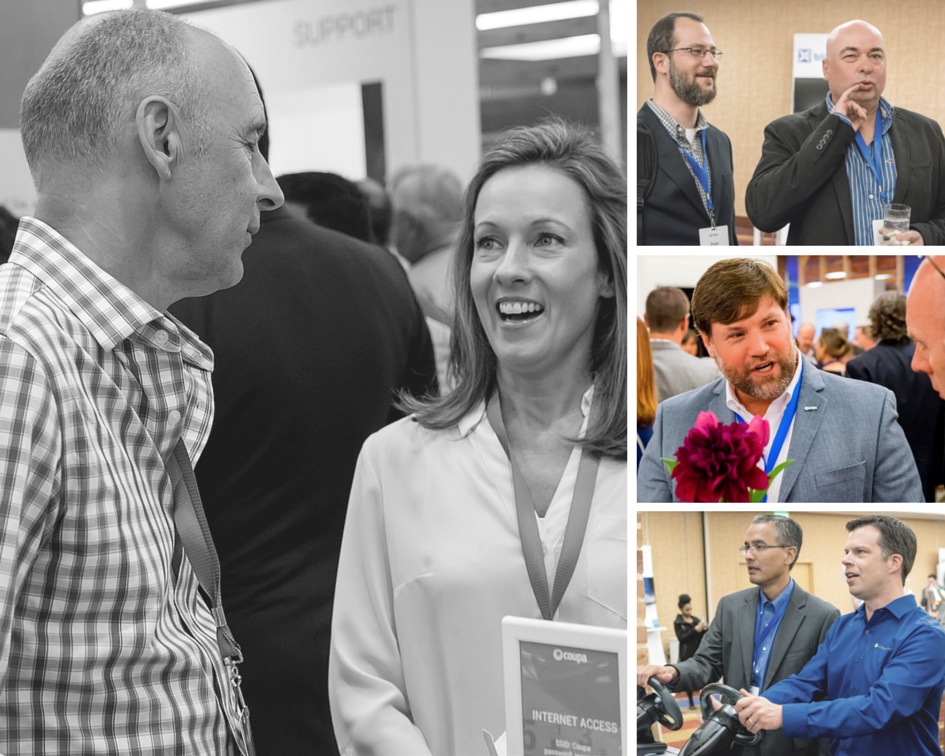 The afternoon will be devoted to three breakout sessions with four tracks to choose from, and we’ll close the day with a party at The Village.

Yesterday was gathering day, as partners arrived for a pow-wow and guests from all over gathered at the welcome reception to enjoy fabulous Asian-inspired small plates and breathtaking floral arrangements supplied by Coupa partner Teleflora. (Did you know you can order Teleflora from the Coupa catalog?)

It was a joyful, noisy reunion with some attending their first Inspire, and some who have been around for all three.

Peter Giatas, AVP of Procurement Transformation at Canada’s TD Bank and a first time Inspire attendee, came from Toronto to hear Rob speak and learn more about the recently announced Coupa-IBM partnership. Steven Marshall, Financial Systems Administrator for Vivint, a smart home solutions company in Utah, came for the third time, bringing a colleague in AP. “I came for the training and to see what’s new,” he said.

We’ll have plenty of both over the next couple of days. Stop by if you’re in the area, and be sure to come to the math bar and see how much you can save with Coupa.