The No Mouse Left Behind Guide to Change Management

Stacey Taylor is implementing Coupa as part of a procurement transformation. Prior to that she was VP Procurement at ConAgra Foods Inc., and Director of Strategic Sourcing at Tyco International. 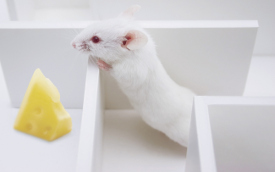 I love change. I couldn't live in a job that didn't have change every day, and I’m fortunate to have spent most of my career in change agent roles, starting when I worked at Tyco in the early 90s. The whole business world was on an M&A binge at that time, and nowhere more than Tyco, whose CEO at the time, Dennis Kozlowski, became known as Deal-a-Day Dennis after we did 365 deals in one year. The Healthcare division that I worked in at the time went from $800 million to $9 billion in just four short years. I absolutely loved the ride.

It was my job to look at the acquired companies and put the pieces of the puzzle together. The whole culture was built around change, and there was a lot of organizational knowledge about how to do it. What we were exceptionally good at was taking the best processes, tools and deals, without worrying about who it came from. We never took to the view that because we were the acquirer our way was better. Every acquisition was an opportunity to learn and improve.

I first realized that other people are not such big fans of change when I went to ConAgra.

I was brought there to fill a brand new role, creating a new department, implementing a new system and bringing procurement to areas that the businesses had solely managed themselves. Resistance to change was extremely high, but I was prepared.

I had interviewed with the CIO of the company during my first session. He had a nice office that overlooked a pretty little lake on their campus in Downtown Omaha. He asked me, "What do you think of our campus? Isn't it beautiful?"

"Yeah," I said, "Lovely, and very different than any place I’ve ever worked.

Then he said, "Don't let it fool you. Under the covers, this place is a wreck. You've got to put your hip waders on, pull those bootstraps up and be prepared to slog through some mud when you get there. Don't expect anything to be easy."

Now I am at MGM Resorts, a company that is a combination of those two. It was already in the throes of change when I arrived in 2015, and driving hard to achieve its Profit Growth Plan, with stakeholders, staff and suppliers in every stage of the change curve. Coming into this environment I was able to develop strategies to drive the change acceptance needed, and define a culture of continuous improvement.

At the end of the day, change management is all about moving people through change. Buildings and systems don't care if you change. All the emotion comes from people. The challenge is helping them work through all those emotions and finding the opportunity for learning and growth. Here are some tips I’ve learned along the way.

Born this way
I’ve come to realize that I’m genetically wired to love change. I don’t think it’s possible to make change lovers out of people who aren’t, but that’s not the change agent’s job. Some people love having their hair on fire all the time, and others like things on an even keel, and we need both kinds of people. My husband is an even keel guy, and it’s a good balance because sometimes I struggle being in the moment because nothing is changing.

But you don’t have to love change or be a Deal-a-Day Dennis to get through the change curve. It just might take a slower pace or just a little bit more time and effort to get there.

The leader’s job is to set everyone’s expectations that the change will never be perfect, and that it will continue. I like the philosophy of Fawn Germer, who talks about “failing forward,” and how it's okay to fail if you're learning and moving forward. That’s how I see change—as a cycle of continuous improvement and growth. I think that's core to how we can help people can embrace change, or at least not fight it so hard.