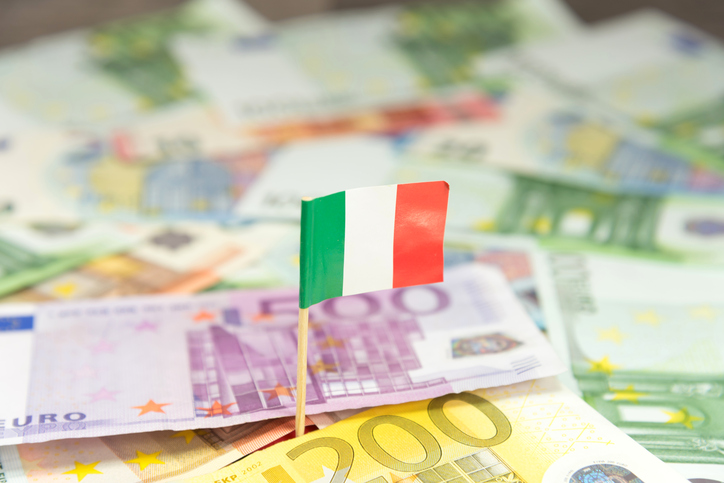 In March of this year, Italy made waves in the world of e-invoicing by announcing that as of January 1, 2019, e-invoicing will be required for all business to business transactions conducted there. This mandate is the first of its kind in Europe, and it caught many industry watchers, including myself, by surprise.

It was a bold move, from an unexpected quarter, and although disappointing in one regard, I believe it will prove to be a tipping point for e-invoicing adoption in the EU. Companies that hope to make this transition in an orderly fashion should start putting their houses in order now, because this is as clear a signal as we’ve had to date of how we are going to move forward.

Dashed hopes
Long held hopes for a pan-European e-invoicing standard across all industry sectors are now officially dashed. The e-invoicing community has for a very long time been urging the European Parliament and the European Commission to jointly develop an EU-wide directive to foster the adoption of electronic invoicing on a large scale, mimicking the clearance model approach that has been successful in Mexico and Brazil. This would have greatly simplified customs and tax between countries, and over the past decade and half, many working groups have been formed to formulate a standard universally applicable across Europe. Unfortunately, that has never materialized.

The furthest we got were pan-European business-to-government e-invoicing and e-procurement directives that came out a couple of years ago, putting some really ambitious goals and targets in place. But, only a few governments have successfully implemented them in their entirety in their countries. There’s never been much traction for pan-European B2B and B2C e-invoicing mandates, despite years of effort.

Why are mandates so important? Over the past 30 years, what we have seen in country after country is that widespread adoption of electronic invoicing will not happen without clarity on government standards and legal requirements. Without that, there's a lot of hesitation in the market, with big organizations that are doing e-invoicing voluntarily each setting their own standards. With the dream of an EU-wide mandate dead, countries can now move forward with their own national mandates.

Moving ahead alone
In fact, some individual European countries have already been preparing for B2B and B2C e-invoicing. Spain and Portugal have been working on their own models and working closely with Mexico and Brazil respectively to implement a model whereby they can accept each other’s e-invoices. This would make tax collection and trade between their countries completely electronic and frictionless.

I’m not sure anyone thought any country was going to move forward with a B2B and B2C mandate on their own, but if they had, Spain or Portugal would have been the prime candidates. No one was expecting Italy to be the first, or for it to happen so soon. In general, the move to e-invoicing has been so painfully slow that it feels weird for anyone to move so suddenly and decisively.

In hindsight, we could have expected any government that had successfully implanted a business-to-government mandate for invoice reception, as Italy had, to also then implement a wider requirement. And, it makes sense for Italy. The country’s debt has soared to 132% of GDP, plunging the country into a financial crisis. Closing the VAT gap, as Mexico and Brazil have successfully begun to do through e-invoicing mandates, is one way to get more money into government coffers.

On the bright side . . .
So, on the bright side, we're getting a B2B and B2C mandate in Europe sooner than expected, though in a different shape or form than we had wanted to see. From here on out, we're going to see countries moving forward with market-specific, country-specific standards.

That is progress, but it creates an enormous overhead for every organization that works across multiple jurisdictions. What we're seeing now is a lot of turmoil in the market as Italian companies, and multi-national companies doing business in Italy, scramble to comply. The Italians have been rather good in pushing out the requirements, but that is just one piece of the puzzle. The other piece is how you implement it and stay compliant going forward.

This raises the same question companies that have voluntarily implemented e-invoicing have had to grapple with: Can I solve this with yet another piece of software, or do I need to go through process re-engineering?

The answer is, it requires process re-engineering. We have seen time and again that trying to transfer paper invoice processes over to electronic processes doesn't work. That won’t stop some companies from trying it, and inevitably some are going to implement processes that are not really thought through. It takes a lot of time and money to design the processes correctly and align them with the legal requirements, but this is what is necessary to move forward in a controlled fashion. Some companies will surely miss the deadlines.

Feel the pressure
Then again, if you give people plenty of time, they're not doing anything until the last minute anyway. So, some sort of pressure like this is probably a very good thing.

Wise companies will realize that Italy is the first domino to fall. If Italy succeeds, then Spain, Portugal, Hungary, Poland, and Austria, which have already finished their preparation, and France, which has already laid the legal groundwork, will likely follow suit.

These countries haven’t pushed so hard either because they didn't have the economic pressure, or they were waiting for some kind of European movement, or both. Italy’s move signals the death knell for a European movement, so I wouldn't be surprised if all of a sudden we saw more mandates, and with very short implementation deadlines.

Even though we don’t know what each country’s requirements will be, companies can start preparing their supplier base and optimizing their processes. Then they will be in a situation where they are just implementing new country standards and not re-engineering everything from scratch, which takes about a year.

Minding their own affairs
Every government in Europe is still a sovereign government, and has to take care of their own finances, so it's absolutely correct for governments to move forward, to improve tax collection, prevent fraud and close the VAT gap.

Unfortunately, I think that in a very complex construct like the EU, once country-specific approaches have been established, it will be very difficult to later on to create a unified standard. That doesn’t necessarily mean that the whole idea goes down the drain. There's an enormous business opportunity for technology companies and service providers to act as clearinghouses to help harmonize the process flows across countries.

While those of us hoping that the EU would take the lead in cross border e-invoicing mourn the failure to accomplish this through diplomacy and politics, we can also take heart that the train is finally moving forward, and we may eventually reach our destination by a different path.