The Tale of the Tail Part 2: Finding the Gold in the Mid-tail 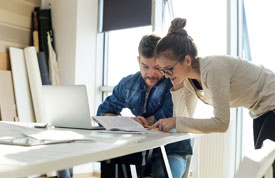 In the past, the costly and onerous processes of working with EDI and cXML would prevent companies from enabling most small- and medium- sized suppliers, also known as the tail of suppliers. Electronic connection into procurement and accounting systems was mainly reserved for the top twenty percent of large suppliers (also known as the head) due to the complexity of developing, customizing, implementing, maintaining and operating the tools. In today’s environment where automation and transaction efficiency are paramount, new technology has lowered barriers to entry, making it possible to more easily enable the majority of suppliers electronically.

In my last blog, I talked about why and how to manage the microtail of suppliers, those with whom your company does low dollar transactions—usually less than $1,000. These suppliers represent a disproportionate share of risk, fraud, and white noise in the system since spending here is often uncategorized or miscategorized. Electronically enabling these suppliers and bringing that spend under management helps improve data quality, and the credibility of the procurement organization along with it.

The same goes for enabling the rest of the tail—small- to medium- sized suppliers doing transactions in the $25,000 to $500,000 per annum range, except the benefit is even greater. Suppliers of this size are typically much more responsive, innovative, and cost effective, and often deliver a higher percentage return on investment than large suppliers with whom you often have limited leverage.

Just as with the microtail, initial enablement is a two- to nine-month project depending on the size of your company and the number of suppliers you have. But, it’s a project that needs to be done for all of the same reasons, and it’s arguably more rewarding because you’re liable to discover some gold in the process.

For example, we recently worked with a mid-sized company that was experiencing high costs and long lead times in producing print marketing materials. We brought forward a hybrid creative advertising agency that was also a digital printer. Because they had both capabilities, they were able make real-time edits and cut lead times—and costs--to the tune of 45 percent savings.

This was a supplier that was ignored based on the relatively small amount of business they had done with it previously. In fact, it was originally on the cut list, but during our tail rationalization exercise we heard from multiple people in the marketing organization that this supplier was actually being underutilized.

We were able to convince our client to prioritize them as a strategic partner (the top-tier in their supplier relationship and risk management framework), based largely on their ability to innovate and provide such a high rate of return on investment. We introduced this supplier to the sales, regulatory and legal groups, as well as additional arms of the marketing organization, and they were very quickly able to put in place SLAs guaranteeing lower costs and faster turnaround times. They won the business, much to the chagrin of some of the larger advertising agencies. This is the kind of gold that most companies have hiding in the tail.

So how do you find it? The first step is data cleansing. You don’t want to overwhelm the whole organization by enabling everyone, because you might be enabling suppliers that you don't ultimately want to keep.

If you don’t have a robust P2P system in place, you’ll need some analytic tools to collect, aggregate and normalize data from various systems. You're going to amend the data to correct any kind of mischaracterizations, null entries, entry errors, duplicates. You're going to map subsidiaries to holding companies and parent companies so that you really have a firm understanding of where the spend is distributed.

Once you’ve got your data nice and tidy, you’re going to build what’s called a spend cube that looks at suppliers across different variables such as geography, business unit, and commodity code. This helps you organize your data so that you can engage the business units and validate how much money they’re spending and where. You can also ascertain at this time what the future spend plans are per supplier to help support rationalization and SRM re-prioritization decisions. With an accurate view of your spend by category, region and business unit, you also have the groundwork for your business case when you get the inevitable “but I have to have that supplier” argument.

Once you’ve got an accurate big picture view, you need to think about your criteria for rationalizing suppliers on a category-by-category basis and moving them in, out and around.

For instance, for commodities such as laptop equipment you likely already have a preferred vendor, model and so forth, so other vendors should be cut from your master vendor list to curb white noise and prevent anyone from doing business with them.

In categories where similar or duplicate suppliers are prevalent, and risk factors relatively equal, you might issue an RFP to generate competition for the business, or just simply ask around to see who people prefer doing business with. Other criteria, such as whether there has been a transaction in the last twelve months, should also be considered.

Alternatively, in a category like marketing, where the services are so widely varied and non-standardized, you're likely going to use much more complex decision criteria for keeping companies in the master vendor list or deleting them from it.

As with the digital advertising agency/printer, you’ll want to move some into a strategic supplier list.

From there on out, it’s all communication and project management: Socialize the plan, gain agreement from stakeholders, and lay out the next steps and timetable.

This is a project you can do yourself, but the process can be time-consuming, and a distraction from other priorities, so it’s often a good idea to hire a firm who knows the process inside and out to provide the horsepower and methodology to drive results quickly. You’ll enjoy all of the benefits of tail rationalization – greater concentration of spend with your preferred suppliers, better compliance with less demand for oversight, real cost savings through more favorable pricing, lower cost per transaction – without stopping other projects in motion.

Rationalizing the tail is less about technology and more about process, but it’s the technology that makes the effort worthwhile. It seems like everyone talks about the innovation and value that’s hiding in the supplier tail, but up until now it’s been just too costly to enable the tail. Companies have been stuck with all kinds of systems cobbled together, including management by spreadsheet, which simply doesn’t scale.

I'm excited about the possibilities. It reminds me of a time 15 years ago when just a few people could afford a cell phone. Now we can’t imagine doing business without them. I think it's going to be exactly the same with supplier enablement. Companies simply won't be able to do business without tools that let them connect electronically to all of their suppliers, from large to small.