John Callan is responsible for product marketing and go-to-market strategies for the Coupa Spend Management platform. John earned his Master of Science in Aerospace Engineering from the University of Minnesota and a dual degree in Engineering and Mathematics from University of Dublin, Trinity College. 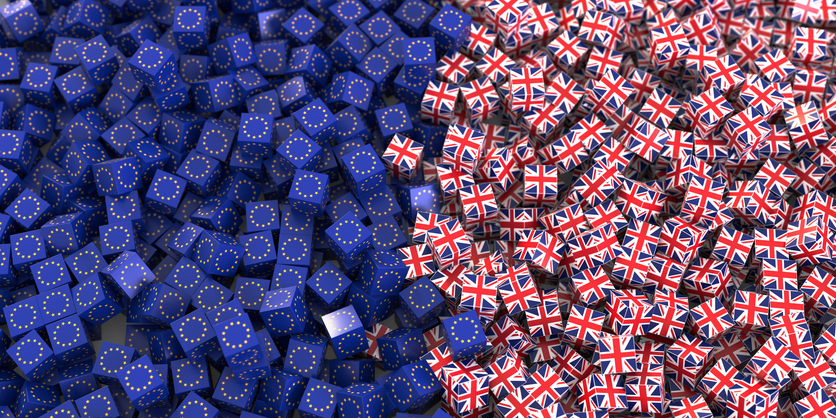 We are now less than six months away from March 29, the date that Britain is set to exit the European Union, and the divorce agreement has yet to be finalized. Some are still holding out hope that a transition deal on trade, customs, and regulations can be reached before then, but after nearly two years of talks, there’s barely even an outline of an agreement. Uncertainty is the order of the day, with most businesses beginning panicked planning for a no-deal Brexit.

A no-deal Brexit would be the biggest change to global trading rules in 40 years. Disruption will be widespread, driving up costs across the supply chain, rendering some suppliers non-viable, and upending manufacturing, inventory, and cash management processes. Financial plans will have to be shredded and reworked. The UK and the EU are likely to arrive at a trade agreement, eventually, but it’s probably going to be years before it’s all sorted so this period of uncertainty is likely to be prolonged.

Now is the time for Procurement to shine
For any company, understanding the potential risks Brexit poses to its business is critical. Much of the risk is in the supply chain. Whether a company has tens, hundreds, or thousands of suppliers, the first step is to identify those critical suppliers who will be impacted by Brexit.

This is a significant undertaking. Most businesses have probably already started working on this with their top suppliers. But they also need visibility into data on what's called the long tail–the 80-some-percent of suppliers they don’t spend much money with or don’t do business with frequently. There could be a lot of sting in that long tail, from both direct and indirect supply chains, as indirect spend typically accounts for between 13 to 22 percent of a company’s overall spending.

Procurement leaders are stepping up to help identify and mitigate these risks. To be effective, they will need to be equipped with technology that gives them total visibility into supplier data, the agility they need to take fast action as the consequences to their organization of a no-deal Brexit come into sharper focus, and the ability to optimize back office processes to offset what are sure to be rising costs in the immediate wake of of a no-deal Brexit.

The impact of no deal
What we know at a high level is that when the UK stops being a member of the EU, sales of goods between the two will become imports and exports for VAT purposes. That will raise costs and create a new administrative burden.

Without customs agreements in place, both the EU and the UK will see a rise in import/export tariffs and duties, as these default to those set by the World Trade Organization, which are considerably less favourable than those currently in place.

The dissolution of the customs union will also mean longer delivery times for goods moving between the two, and result in increased administrative costs.

If you’re a UK company, you need to understand your total exposure to EU-based suppliers and how much you’re spending with them, and vice versa. You need visibility into the current status of all supplier contracts, including terms, expiration, automatic renewals, and spend against contract. Costs could rise such that some existing contracts are no longer viable, so it’s vital to know now how flexible those contracts are, and whether there’s an option to renegotiate–or even terminate–the contract.

Global domino effect
It’s not just UK and EU businesses that need to prepare. The repercussions of a no-deal Brexit will be felt across the globe. A Japanese business with a European distribution centre in the UK, for example, could face duties on goods entering the UK, and more duties when those goods move to a destination in the EU.

How all this will play out at any given company remains to be seen. Businesses must be able to see where their supply chains are vulnerable, and have the flexibility to adjust in order to maintain a defined cost base.

They’ll need the ability to iterate cash flow models, which will be a critical tool for determining the company’s financing strategy for Brexit and the next couple of years following it. These are tied to many factors, including existing contracts, spend levels and timing, and existing back office practices as well as a host of other non-addressable spend areas (e.g. salaries, rent, etc.). They are also tied to inventory levels and expected depletion/addition rates. Finally, there is a currency hedge built in.

Any existential impact to the models, resulting in increased spend levels due to unexpected price rises, over- or under-stock of inventory, reduction in early payments discounts or increase in disputes due to a rise in invoice processing times, delay in receivables due to customs and border controls, can have a serious impact on the company’s overall financial model. These models will have to be monitored more closely than ever, and updated as needed.

As costs rise, companies will need to offset them identify areas where they can be offset by efficiency and productivity gains.

Could technology help?
Procurement teams have already seen their role change as a result of the Brexit vote, and will see an acceleration of that change approaching the deadline and beyond. Prior to March 2019, businesses will rely on procurement leaders to identify critical challenges in their entire supply chain.

After Brexit, being able to ensure commercial viability as a whole host of new costs are passed through direct and indirect supply chains will be key. Procurement teams will be relied upon to ensure the impact to the business is completely understood and mitigated to the greatest extent possible. It’s a massive challenge.

Governments in the UK and EU are looking for technology solutions to help them manage the new requirements over the long term. Companies should be doing the same, moving to cloud solutions that provide them with the visibility and flexibility needed to navigate in uncertain times.