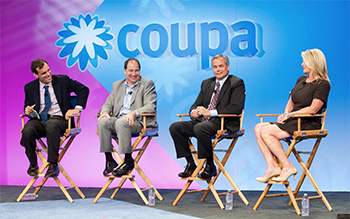 We love analysts! Who else is better positioned to survey the landscape and report back on emerging trends in procurement?

These are folks who have been around the industry for a long time and know each other well, so it was a lively and wide ranging discussion. Here we bring you their thoughts on where the procurement function is headed. The consensus seems to be that we’ve come a long way, and  are poised for even greater leaps forward.

Gabe: If you could sum up procurement today in one word, what word would that be?

Jason: I think if I were to pick one word I would say magnetic. I think the more procurement can be magnetic in how it attracts and even repulses in certain cases, the better.

Bob: I would say regrouping. I think we're at an interesting phase given that we're about 20 years in on most of the technology and a little bit longer on strategic sourcing. I think we're going to see a lot of simplification, streamlining, and automation. A lot of what's going on in artificial intelligence and big data is clearly going to get applied to this space sooner or later. So, we'll be managing by exception a lot more. We've already taken a step up from tactical to strategic. It's going to be a leap up, I think, in the next 10 years.

Dawn: I actually did what you said. And I thought of one word . . . uninspired. And I was going to leave it at that but now I can't because they didn’t. So I'm going to quote A Tale of Two Cities, by Charles Dickens. “It was the best of times and it was the worst of times.” We are so much better than we were before, but we should be so much further on this journey. So I'm excited and I think the future's going to be great. But right now I'm uninspired by what a lot of people are still doing.

Gabe: Dawn, you've done a lot of writing and speaking on the future of the CPO. Can you talk a little bit about that?

Dawn: What I would say is that we have got to quit reporting up through the CFO and the CIO or the COO. The Office of the CPO has got to be seen as strategic enough to report directly into the CEO. And that's my life's goal. Before I retire the Office of the CPO will be strategic enough that we will report directly to the CEO. The Board of Directors is going to know that we have added so much strategic value.

Twenty years ago we were an overhead organization. It was the place where no one wanted to go or should go. You had green screens and you bought what people told you. Now we need to attract the best, the brightest, the most talented people in the organization.

I'm a CPA. I'm a recovering bean counter. As a CPA, when you do financial statements you see what already happened. The office of procurement sees stupidity as it's happening. We see redundancy. We see dumb decisions. We see bad buys. We see bad recommendations. We can impact the play right now.

And that's what I see the really good CPOs doing. They're seeing themselves as visionary and impactful to the organization. They have the right and the obligation to step in and correct the stuff that's going wrong. That's where I think we need to be.

Gabe: Jason, you recently launched a website for the Chief Procurement Officer, so why don't you share your thoughts on the role?

Jason: We've seen so many changes in the evolution of procurement leadership. When I got started in this space in the '90s, the title CPO didn't exist. Then folks like Hackett started tracking compensation for procurement executives and others in the field. I was just reading a recent study tracing the compensation of CPOs over the past ten years, which is a great metric for charting their rise.

The good news is compensation is outpacing inflation. CPOs in Fortune 500 companies before stock options make roughly half a million dollars a year. Is it what a CFO makes? Is it what a head of sales makes? Probably not in most cases. So, we see huge potential.

Why did we start writing more for CPOs? Because they're thirsty for knowledge. Back when I was a consultant, we did a lot of work with CFOs. I learned that they were hugely aspirational in terms of wanting to learn. Wanting metrics. Wanting to know, how could a CFO become a CEO?

We see CPOs today as extremely thirsty for knowledge and doing more.

Dawn: And they need to make the same amount of money as the CFOs. They need to be in seven figures in a global 1,000 company. It's a seven-figure job.

Dawn: We need to get it there.