Why it Makes Sense to Take Spend Management to the Cloud 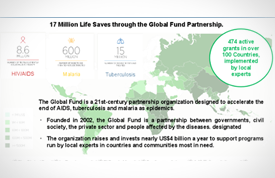 The rush to the cloud is on. Every CIO probably has in their in box, right now, dozens of requests to spend on cloud and SaaS from every department in the organization, more than they have resources for. Which projects are worthy of investment?

Spend management is a low risk, high impact business process that makes a lot of sense as a first step to the cloud for the enterprise, or the next step for enterprises that have already other SaaS solutions.

I’ll be speaking on taking spend management to the cloud at Oracle Open World next Monday, September 19th. But I’m not the star of the show. I’m bringing Paul Tuxford, former CIO of The Global Fund, a non-profit created from within the UN’s World Health Organization to fight the three major diseases of poverty that are affecting the developing world — AIDS, tuberculosis and malaria.

While at the Global Fund, Tuxford led an IT transformation that included moving as many business processes as possible to the cloud. That included using Coupa as a strategic extension to the organization’s Oracle ERP system.

It’s that ability to get measurable value that makes spend management an appealing cloud project. Unlike HR or CRM, where it’s harder to pin down an ROI number, it’s well documented by industry analysts that getting more indirect spend under management can yield anywhere between three and eight percent measurable savings. The only argument when making your business case is whether you’ll be at the high or low end of that range.

Tuxford says as that in evaluating the organization’s IT portfolio, it was immediately evident that spend management belonged in the cloud.

“This is not a complex business process,” he says. “It's just buying things from preconfigured catalogs and pre-negotiated vendors. The integration points back into ERP are fairly well known and straightforward. Every customer is going to have the same kind of links into accounts payable.”

Savings weren’t The Global Fund’s biggest concern. Usability was. Global Fund programs rely on volunteers around the world that have varying degrees of technical skills. Turnover is high, and ongoing training requirements would be a hurdle to adoption.

“This touches a lot of people, so ease-of-use is a priority,” says Tuxford. “You don’t want to have to do a lot of training as staff turns over and new people come in, or have to train them every time that they want to actually purchase something. That was a key thing for us.”

With Coupa, Global Fund users got the ability to easily search and compare products, and get orders quickly approved via mobile device, which is a key capability in many locations without a well developed IT infrastructure. This gave local providers the capability for more autonomous decision-making, and enhanced forecasting abilities for the fund.

"There are things that are so easy in the cloud you don't want to do it yourself. This is a relatively simplistic business process. It's actually better in the cloud than it could be any other way,” says Tuxford.

To learn more about how Coupa can be a strategic extension to Oracle ERP, register for our webinar, “Are You Getting the Most Out of Your ERP” with Duncan Jones, vice president and principal analyst, Forrester, and Mike Greenwood, director, accounting information, USANA, on Thursday, October 13th at 8 a.m. PDT.